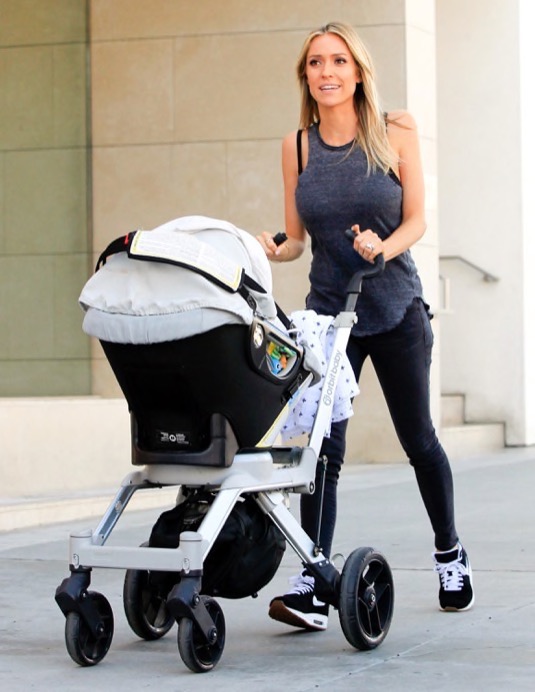 Kristin Cavallari was photographed taking a stroll with her baby girl Saylor in Beverly Hills, CA on Tuesday (March 22).

The former reality star was dressed in a grey tank top and black skinny jeans she paired stylish runners. She pushed the baby in a stroller while they did some window shopping in the upscale neighborhood.

In a recent interview, Cavallari revealed that going to couples therapy with husband Jay Cutler helps them maintain a healthy marriage.

“I mean, like, Jay and I — our relationship — I’m very honest,” the mom-of-three told Taylor Strecker. “We don’t have a perfect relationship. You know, we work on it. We’re in therapy.”

“I think it saved our relationship,” she told, adding, “It’s the best. And I think it’s so good for each person individually as well. I realized why I react certain ways to certain things, and you learn great tools for communication, which is the most important thing I think. And so, yeah, I 100 percent credit our therapist.”

The couple are parents to three-year-old Camden, 22-month-old Jaxon and daughter Saylor.