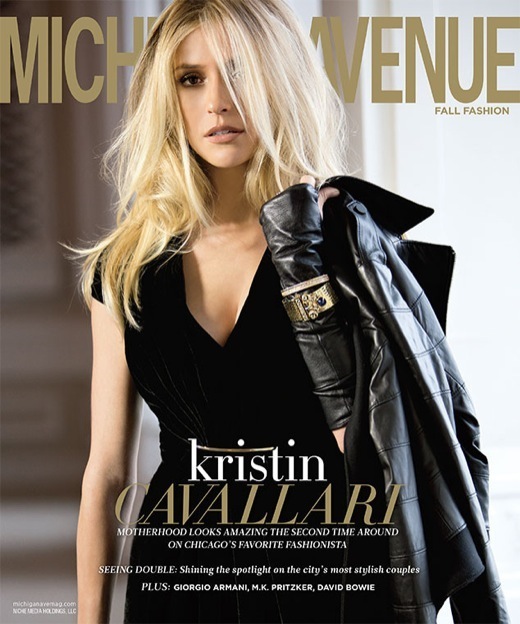 Parenthood couldn’t be better for the The E! Fabulist co-host and the Chicago Bears quarterback.

“Before we had children, Jay and I both wanted four, and now we’re thinking three, but we’re just going to have to see how it goes. Right now the last thing on my mind is having another baby, but it is a ton of fun. We love having kids; Camden is going to be 2 in August, and it’s such a fun age. He’s just starting to talk, and he makes us laugh every single day,” she told. “I do think we’ll end up having another one, but then we’re done. It’s a lot of work, and being pregnant for a full nine months isn’t the best thing in the world.”

Cavallari reveals that their 3-month-old son Jax is adjusting well since coming home from the hospital.

“He’s doing great,”  Cavallari said. “He just started smiling about a week ago, which is the best feeling in the world. He is a good little baby. He’s a happy baby, except that he’s not a great napper, so I’m working on trying to get him to take better naps right now. He’s sleeping well at night, which is all I can really ask for.”

The Hills alumni admits becoming a mom for the second time is easier.

“It’s a lot easier in the sense that you know what to do and expect, so you have a lot more confidence,” she said. “But you have zero time to yourself now. Camden takes a nap at one o’clock, so when Camden’s going down, Jax is just waking up to eat and play, so there’s literally no time.”

Luckily, Cavallari doesn’t have to do all the parenting alone! Cutler she says is a hands on dad.

“Jay is a great dad,” Cavallari said. “He’s incredibly hands-on, and he has been since day one. It’s so sweet seeing him with Camden and Jax, and there’s nothing sexier than seeing your husband as a great dad. I couldn’t ask for a better partner in this situation.”

Although, she notes parenting will be a little tougher when football season starts.

“Football season is always fun in our house,” she said, while adding, “I’m not looking forward to Jay not being around to help me with the kids as much, but it’s going to be a ton of fun.”

Be sure to pick up the magazine on newsstands to read the full interview.