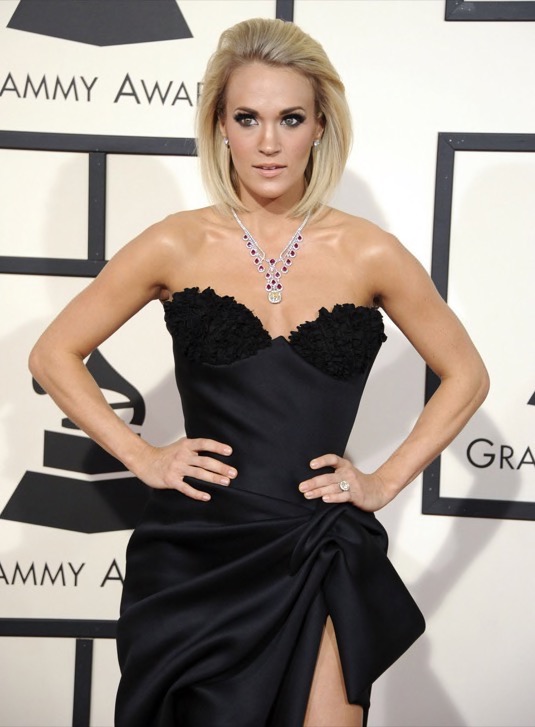 Carrie Underwood who is known for her long locks recently debuted a new hair style – a short bob, which she is now calling her ‘mom haircut’.

“Now that my hair is shorter, it’s easier to fix, which was the whole point,” Underwood, 33, told Elle. “Cutting my hair was a ‘mom’ move.”

The Heartbeat singer says her priorities have shifted since welcoming her son Isaiah with husband Mike Fisher in February 2015.

“I wash my hair every day and I know that’s not great for it, but I work out and I sweat a lot so I need to, and I’m on stage and I sweat even more,” Underwood said while, adding, “I could spend half an hour to blow it dry and have it be super long, or I could spend that time playing with my son, and I’d much rather do the latter.”

Underwood’s beauty regimen is all about convenience.

“Oh lordy, being a mom, half the time I’m like, ‘Did I put moisturizer on? Did I do that today?’ To be honest, whatever I can grab at a Walgreens is enough for me,” she explained. “I love drugstore makeup. I honestly don’t think there’s anything in my bag that’s expensive.”

Meanwhile on Monday, Underwood and Isaiah joined Fisher as he was honored by the Nashville Predators for his 1,000th NHL hockey game before a match against the Los Angeles Kings.

Underwood and Fisher married in 201o.

A. J. McLean Enjoys a Spring Day With Family

Carrie Underwood Opens Up About Motherhood