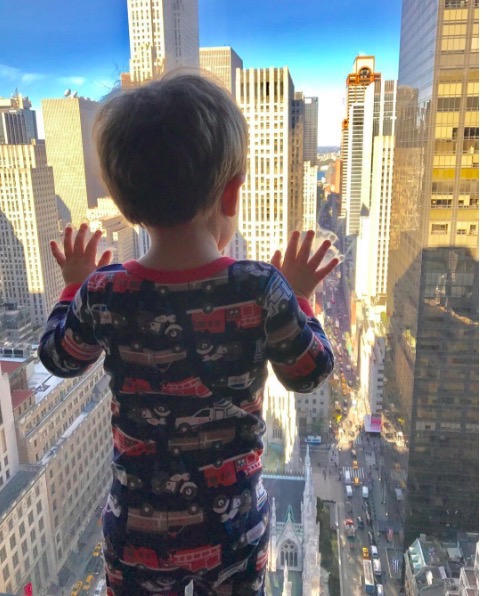 In the shot, the 1-year-old is taking in the sights of the busy city with his hands pressed against a large window from a highrise building. He looks adorable while wearing firetruck pajamas.

“The boy taking in NYC…,” she captioned the shot.

Underwood recently revealed that she and her husband Mike Fisher are taking Isaiah trick-or-treating for Halloween.

“I’ve blocked off some time to be able to take him trick-or-treating a little bit and got him a costume and everything,” she revealed to E! News.

The singer has been honest about the difficulty of juggling a successful career with mommyhood.

“I’m not going to lie, it’s difficult when professionalism and your mommyhood collide—which is on a daily basis—but it’s wonderful,” she told us. “It’s like bring your baby to work every day. He’s just there, and it’s great he’s on the bus and helping me get ready. It might make things take a little longer, but he’s just my little sunshine. He makes me happy all day.”

Underwood and Fisher married in 2010.

Carrie Underwood Opens Up About Motherhood