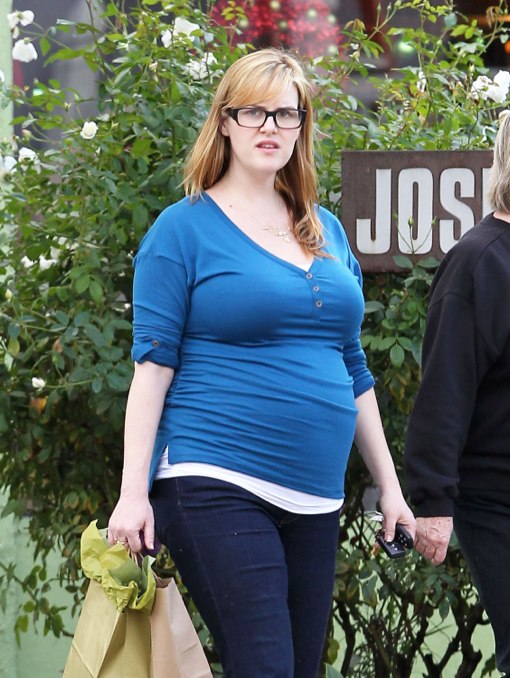 Sara Rue spent  the day shopping and eating with her  family in Los Angeles, CA on Friday (Nov. 30). The pregnant star’s growing bump was emphasized by a blue sweater with a white tank under and blue maternity jeans.

As a Jenny Craig spokesperson, Rue admits she won’t be following the same diet now that she is pregnant.

“I don’t have any intention of limiting or monitoring anything while I’m pregnant because that would be dangerous and bad for the baby,” she told.

Her real life pregnancy has also worked its way into the plot of Malibu Country. Last week, her character Kim revealed that she was in fact pregnant.

“It’s just who is this person now that she’s pregnant,” Rue said. “So the writers are focusing a little on that but they’ve announced the pregnancy.”