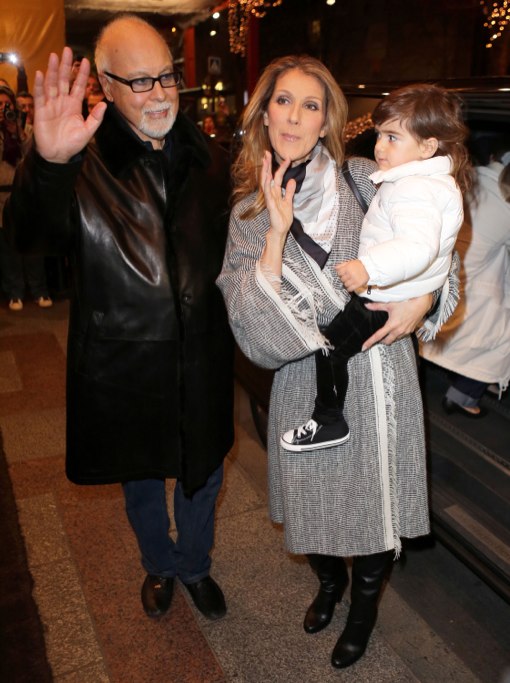 Celine Dion, her husband Rene Angelil and their children Rene-Charles and twins Nelson and Eddy were spotted leaving the George V hotel in Paris, France on Friday (Nov. 30)  The couple looked to be in good spirits as they waved to the media and fans hoping to catch a glimpse of the family.

Dion will resume her three-year residency at Caesar’s Palace in Las Vegas on December 28.

The singer recently revealed that she felt the show, which commenced June 2011, was a risk worth taking in her career.

“I think you have to take chances in life. We had this project in front of us of presenting a whole new way of performing on stage. I was not concerned at all,” she told CTV News. “I had a good feeling about it. People thought, “They’re going to start this show and the Titanic is going to sink again.”‘

The five-time Grammy Award-winner then joked that she thought she ‘would change diapers on the craps table.’

‘This was a five-year contract so my pressure in a way was to be consistent and survive through ups and downs and through illness, because the first year, we did over 200 shows. I burnt myself out,” said Celine.

Her show, designed exclusively for The Colosseum at Caesars Palace, features 31 musicians in a full orchestra and band.