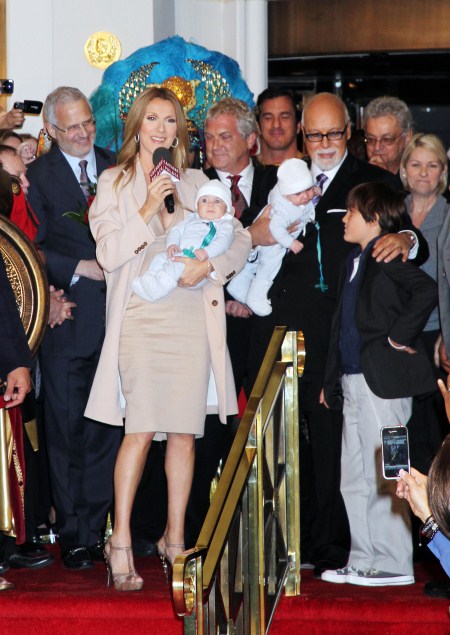 Celine Dion has revealed she wants to have another baby with husband Rene Angelil.

Dion tells of the news in a special documentary set to air on the Oprah Winfrey Network on October 1, 2011. The documentary Céline: 3 Boys and a New Show follows Dion from the birth of the twins Eddy and Nelson last autumn to her return to Caesar’s Palace in Las Vegas. The documentary shows how Dion and Angelil balance family life with her career.

The documentary closes with Dion suggesting she might be considering have more children.

‘So am I ready to be pregnant in Vegas and perform? Who knows? Stay tuned.’

She also confirmed to the Montreal Gazette on Saturday that she might have more children:

‘I would love that, For sure.

‘You never know. Never put an X on something that might happen again. We don’t know what the future holds for us.’

McConaughey-Alves Family Touch Down At LAX