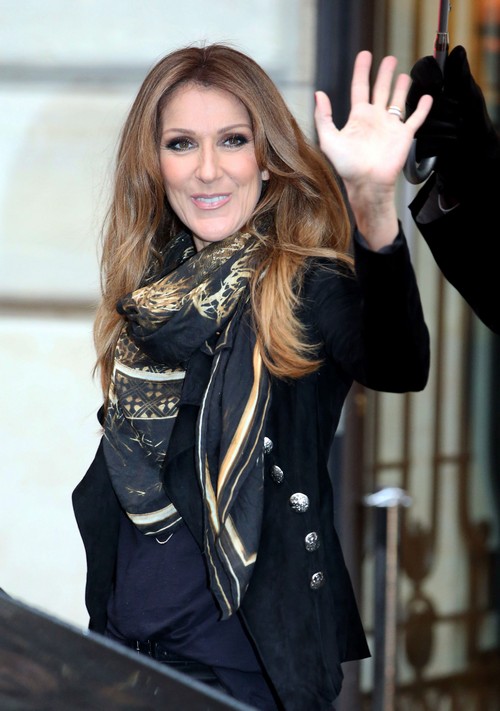 Canadian singer Celine Dion and her husband René Angélil have three children, son twelve-year old René-Charles and three-year old twin boys, Eddy and Nelson.  Now Celine is saying that she might  want to be a mom again and is hoping to add a little girl to her family.

Celine told Britain’s Weekend magazine, “There’s nothing that can top being a mother. I would like more but I don’t know if it could happen. I want the twins and me to have quality time.  It’s selfish to keep wanting more, although I would love a girl. Imagine all the shopping, the jewellery, the shoes, the dresses I could give to her.”

At 45-years old, Celine is going to have to start soon if she wants another child.  Her other children were conceived by in-vitro fertilization.  As a matter of fact it took six times for her to conceive her twins, Eddy and Nelson.  Good luck to Celine and Rene, I am sure she will be thrilled if she has a girl.

Meanwhile, Celine is really mad at the person who started on-line rumors that she had died before her appearance on the X factor.  She  asked the person doing it to stop because it is hard on her mother who is 86-years old.  Such a horrible thing for a person to do 🙁

Help Get Rid of Your Sinus Problems With Sudafed #SudafedOpenUp