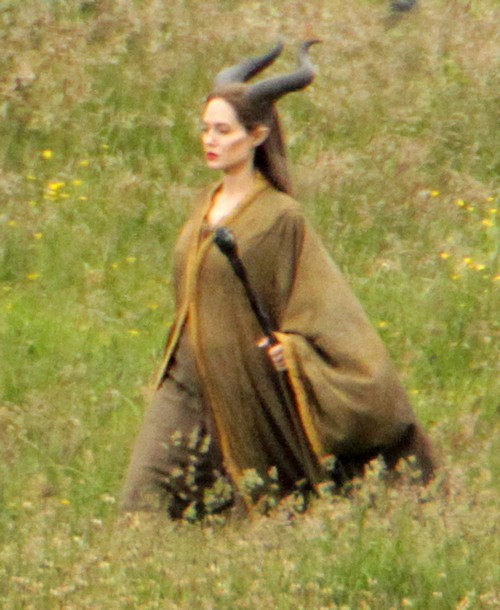 Yesterday Walt Disney Pictures released a marvelous poster of Angelina Jolie as Maleficent and today they have released the first video for the movie.

In a depart from her usual heroin roles Angelina plays a villain in the new Disney movie.  Angelina tells the story of Sleeping Beauty from Maleficent’s perspective.   Somewhat like the play Wicked did with The Wizard of Oz.

In the trailer we see Princess Aurora who is played by Elle Fanning telling Maleficent she knows who she is and she knows that she has been watching over her, her whole life.  Aurora tells Maleficent she know she is afraid to come out and Maleficent tells her if she comes out then Aurora will be afraid.  There is a whole lot more in the trailer, make sure to check it out below and let us know what you think of it.