How Crazy Is This? Hoards of Press Camp Outside Kate Middleton’s Hospital! (Photos) 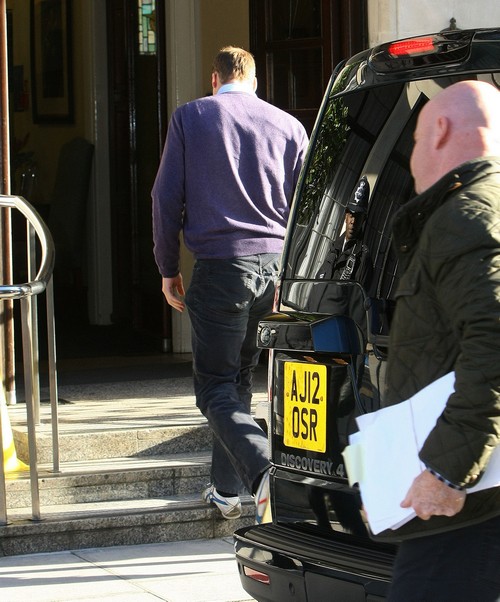 This is just crazy!  Hoards of reporters are camping outside the hospital where Kate Middleton is!

As we reported yesterday Buckingham Palace has officially announced that Kate Middleton and Prince William are expecting their first child together.  After months and months of speculation by Royal watchers, the big announcement was finally made.

The announcement was probably made a little sooner than the Royal Couple intended.  Their hand was forced, when Kate had to be taken to the hospital for acute morning sickness.  The Duchess of Cambridge (Kate Middleton) is currently staying  at the King Edward VII Hospital, battling with acute morning sickness after her pregnancy was announced yesterday.

Once the Media heard the news that she was in the hospital, they pounced, and these picture show the atmosphere outside the King Edward VII Hospital in London, England on December 4, 2012, where The media and camera trucks can be seen lining the sidewalk across an entire block!!

The poor couple don’t have any privacy.  Someone should tell the Media to back off! Can you imagine how stressed Kate already is since she is in her first trimester,  and she has to look outside and see 100’s of reporters.

What do you think about all the Media camped outside?  Should someone just tell them to go home??? 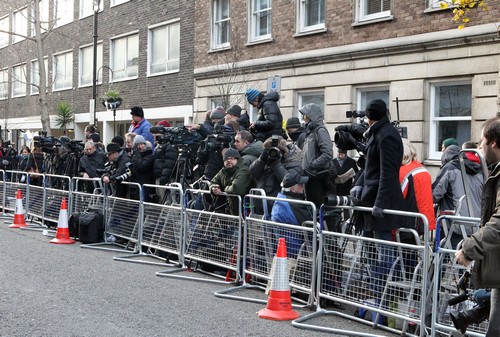 Jennifer Garner Takes The Kids To Breakfast With Grandma