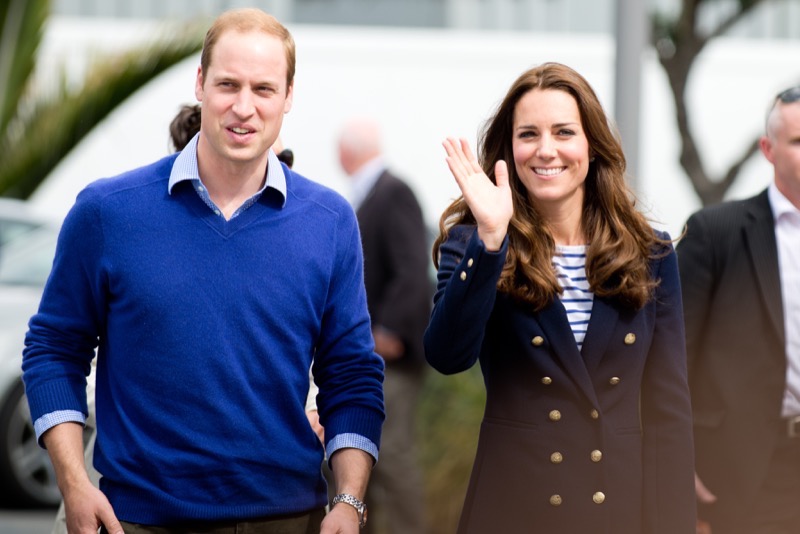 Royal family news and updates tease that Prince William and Kate Middleton ignore a question about Prince Harry’s recent interview with NBC News. The royal couple didn’t say anything when a reporter asked if the Queen needed protection.

Prince William and Kate visited the Disasters Emergency Committee (DEC) last Thursday as the organization announced that they were able to collect more than £300 million for Ukraine. Upon leaving the London headquarter, the royal couple seemingly refused to answer the reporter’s question, which referred to Prince Harry’s recent statement that he wanted to make sure that the Queen was protected during their last meeting.

Prince Harry recently visited the Queen in Windsor. In his interview with NBC’s Hoda Kotba, he said, “She’s always got a great sense of humor with me and I’m just making sure that she’s protected and got the right people around her.”

But it’s not only Kate and Prince William who are dodging questions. During the same interview, the Duke of Sussex also declined to answer when asked whether he missed Prince William or not since he moved to the United States two years ago.

Royal Family News: A Special Relationship With The Queen

During the interview with Kotb, Prince Harry said that he and his grandmother, the Queen, had a “special relationship.” He added that they “talk about things that she can’t talk about with anybody else.”

Because of his recent statements, a royal insider said that the Queen was left “wary” following their recent conversation. Another insider believed that the Queen won’t agree with Prince Harry’s description of their relationship.

According to a source, the Queen has the strongest affection for Peter Phillips, Princess Anne’s son. Peter is the Queen’s first grandchild and could be considered the “special one” among all her grandchildren.

“She has always been close to Peter and admires the way he and his sister Zara handled themselves as grandchildren of the monarch but without royal titles,” one insider said.

In the same interview, Prince Harry said he’s not sure whether he’ll make it to the Queen’s celebration of holding the throne for 70 years.

“I don’t know if I’ll come. There are lots of issues with security and everything else,” Prince Harry said.

Be sure to catch up on everything happening with The Royals right now. Come back here often for The Royals news and updates.