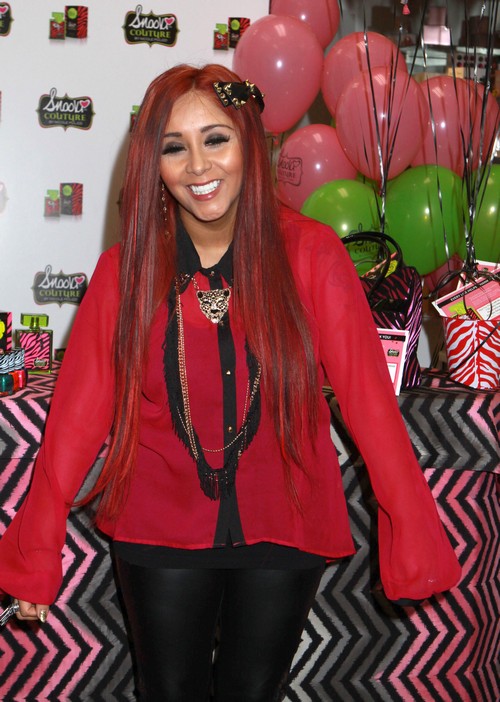 Since the news officially broke yesterday that Kate Middleton is indeed pregnant, it seems everyone has an opinion or something to offer in the way of advice. The Jersey Shore’s Nicole “Snooki” Polizzi, fresh off of the birth of her first child, Lorenzo, is a new mom but her pregnancy is still pretty fresh in her mind so she had a bit of advice when the Daily News reached out to her yesterday.

“It’s hard but don’t stress out. Enjoy your pregnancy and be excited. Enjoy your time at home- or the castle in Kate’s case- with the baby. Especially the first few months. You’ll get to know him/her, keep them safe and fall more in love each day.”

Pretty good advice from Snooki, don’t you think? I think most of us kind of expected her to head right back to the clubs the minute her son was born but instead, she seems to be absolutely devoted to her little family. Quite a reach from the Snooki that we were introduced to when The Jersey Shore first started!

As for Kate, I’m pretty positive she’ll be a great mother. I don’t think that Prince William would have married her otherwise. His own mother, Princess Diana was and remains such an important part of his life and I’m sure he would want the same kind of mother for his future children. There is always good advice to be given though.  I remember my mom telling me that babies need a schedule because they don’t know what comes next, we have to consistently show then and it becomes a comfort to them.  That’s the best advice I was ever given because I later learned that schedules are everything, especially when you have more than one child.  What pregnancy or parenting gems have really helped you out with your kids?  Tell us in the comments below?

How Crazy Is This? Hoards of Press Camp Outside Kate Middleton’s Hospital! (Photos)