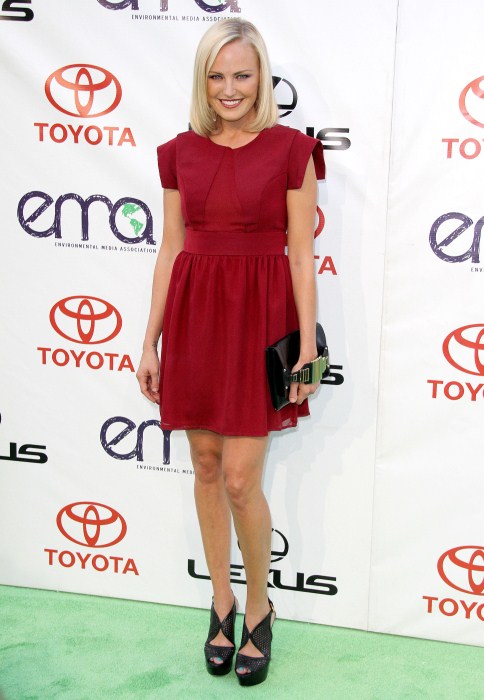 The Wanderlust star who is pregnant with her first child with husband Roberto Zincone showed off her growing baby bump for the first time in an Alexx Jae & Milk dress at the Environmental Media Awards in Burbank, California, September 29.

“It’s just been so new and early, we haven’t even thought about a baby’s room or anything,” she told.

The actress admitted that she’s been craving,

“the most random things — fries and grilled cheese sandwiches, and everything that’s bad for you. But it tastes so good!”

Her pregnancy “was kind of planned. “

“We took the goalie out of the net and said, ‘Let’s see what happens.’ Because you never know how long it’s going to take. We got lucky.”

Gwen Stefani Touches Down With Her Future Rocker