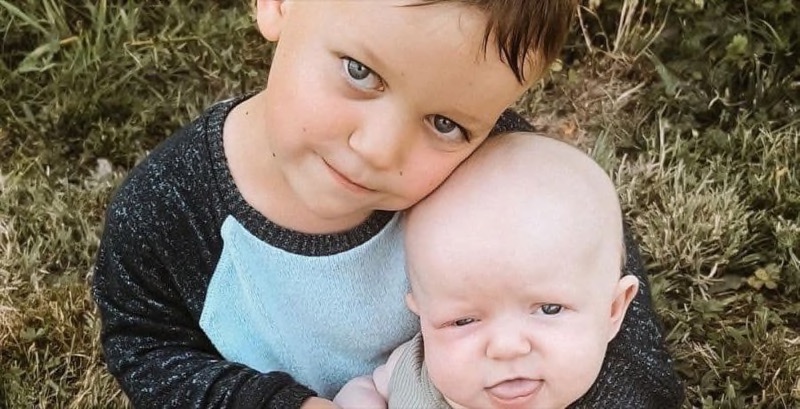 Little People Big World (LPBW) fans got to meet Josiah, the baby brother of Jackson Roloff in season 24 of the TLC show. The eldest son of Tori and Zach Roloff has taken a huge interest in his newest sibling and he seems very sweet to him. This year, Jackson introduced his brother to one of his favorite things about the Christmas season.

Jackson Roloff loves to get into the Christmas spirit and each year, he goes out with his dad, Zach to choose their Christmas tree.  Then, they set up the train set that runs around the tree. Since he was a tiny kid, he lived for it. Now that Josiah, his seven-month-old brother is with the family, he’s enjoying it even more. This year, Josiah is crawling around and able to be entertained by Jackson.

The Little People Big World stars are in high gear for the festive season at the moment. As usual, that means that plenty of videos and photos come from Tori Roloff on social media. With three children now, fans are spoiled for choice in picking favorites. Each of them seems adorable and all three of them together just about hits cuteness overload levels. As it will be Josiah’s first-ever Christmas, we’re willing to bet that many fans will be checking out Tori’s Instagram.

Every year, TLC fans see that once the tree is decorated, Zach sets up the little train set that runs around the bottom of it. Ever since they laid eyes on Jackson, fans saw his delight and fascination. In her Instagram Stories this year, Tori revealed that he’s the train master this time. In her clips, it was Jackson controlling the train while Josiah looked on.

Little People Big World fans could see that Josiah really looked interested in the train running around on the tracks. Meanwhile, Jackson looked very confident as he schooled his kid brother. Tori said in her caption, “Big brother Showin[g] little brother all the things!” Probably on Christmas day, there’ll be a lot of excitement as Jackson and Lilah open their presents. No doubt, they will show them to Josiah for his approval.

Will Fans See Josiah Grow Up On TV?

Little People Big World fans really hope that if the TLC show continues, they will see much more of Tori’s kids. However, Tori has told fans that she wouldn’t mind walking away from filming one day. With strong rumors that Caryn Chandler dropped out, perhaps season 24 will be a wrap.