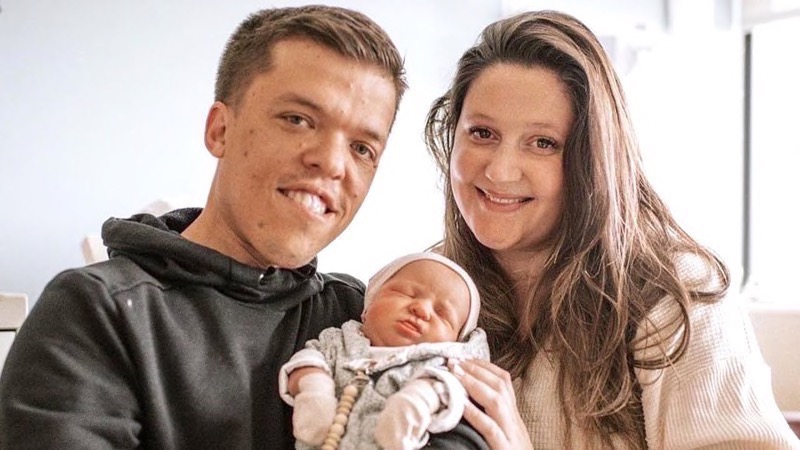 Little People Big World (LPBW) updates about baby Josiah Luke Roloff are very popular on social media. Fortunately, it’s the third time raising a newborn for his mom, Tori. So by now, she knows exactly what updates TLC fans want to hear about. This week, she told her followers all about how the little guy is doing now that he’s seven months old.

Regular updates from Tori revealed that by two months old, Josiah had discovered the pleasure of bathing. Back then, he shared some similarities with his brother, Jackson. And, they were not confined to just the fact that they are both little people. Both of them loved their food at that age, and both of them had charming smiles. However, Jackson might have been a much easier baby to raise.

Little People Big World fans saw on the TLC show, that by Halloween, Jackson’s little brother had a smile that could light up the world. However, he also cried a lot which exhausted the family. The nice bit about that particular episode revealed that Lilah and her big brother dote on the newcomer. No doubt, in years to come, plenty of photos and footage will show him growing up and playing with his siblings.

On December 1, Tori took to her Instagram and told her fans that her son already experienced getting his “first” dose of “flu.” Additionally, the little kid flew in an airplane for the first time. Talking about Thanksgiving, when his mom was unwell, she said that he “survived” that, adding, “barely!” Now that Josiah is getting a couple of teeth breaking through, Tori thinks that might explain a lot of his crying fits.

Little People Big World fans also heard that these days, her youngest child is active and started pulling himself around in a type of crawl.  Of course, he still has a huge appetite and sticks all sorts of things in his mouth, even if they are not edible. Finally, she told her fans, “His smile can still light up a room, or his cry can tear a heart out! 😃” she also said, “We love this kid so stinking much!! I love his personality when he’s not hungry. 🥴🤣🤣 keep growing si guy! ” If you don’t know, Zach and Tori shortened his name to Sia. 🤍

Little People Big World fans had plenty to say about Josiah Luke Roloff. One of them said, “These kids of yours radiate joy❤️ Thanks for sharing them with us.”

Naturally, the words “adorable” and “cute” came along. One follower loves all the kids, saying, “Can I just [say] I LOVE your family? Lots and lots of LOVE!! ❤️”

Meanwhile, others wondered where the time had gone. After all, it feels like five minutes ago that Josiah arrived on planet Earth.