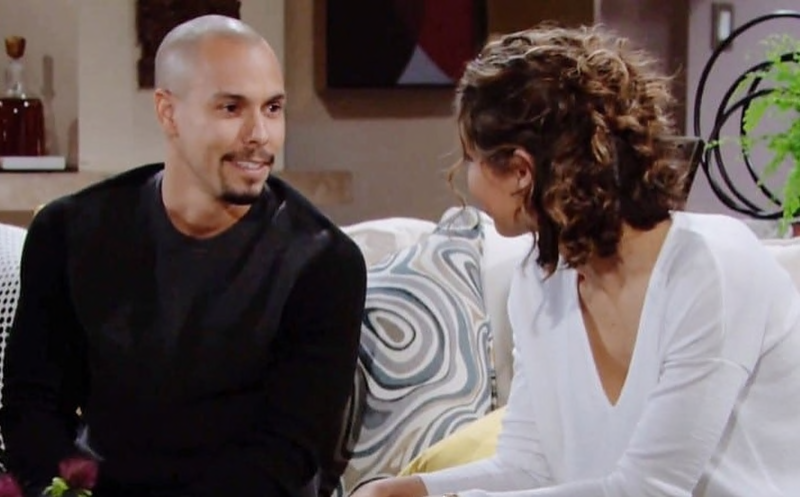 The Young and The Restless (Y&R) spoilers and updates tease that when two tangle, three’s a triangle! Devon Hamilton (Bryton James) might be torn between Elena Dawson (Brytni Sarpy) and Abby Newman-Abbott-Chancellor (Melissa Ordway).

The Young And The Restless Spoilers – Chance Chancellor Wants Divorce

As a result of walking in on Abby and Devon naked on the couch, Chance Chancellor (Conner Floyd) wants a divorce, and Amanda Sinclair’s (Mishael Morgan) already gone. Devon and Abby share their child, Dominic Newman-Abbott-Winters-Chancellor (Rainn and River Ware) so for them to get together permanently would be great for the little boy. Abby and Devon do have some conflict, however, and most of it is over Devon’s birth father Tucker McCall (Trevor St. John) being in town and wanting a relationship with Dominic.

However, Abby has moderated her stance just a wee bit since walking in on Tucker holding Dominic and Dominic crying when she took him. She agreed to supervised visits with Grandpa Tucker seeing Dominic bonded so tightly with him.

At the same time, Devon’s ex, Elena’s relationship with his cousin, Nate Hastings (Sean Dominic) seems to be circling the drain, although she seems to have Nate on probation. She doesn’t know anything about Devon’s affair with Abby, although she may have heard about Abby and Chance having problems through the grapevine. She does know Devon’s hurting and Amanda’s gone, however, and she’s having problems with Nate as well, having been the whistleblower on his leaking insider intel on the proposed IPO. Nate is now working for Victoria Newman (Amelia Heinle) at Newman Media, but he’s spending an awful lot of late nights there and she is suspicious. She’ll certainly be upset when he tells her that Victoria has scheduled a business trip for the two of them to Los Angeles in the near future – no significant others allowed. 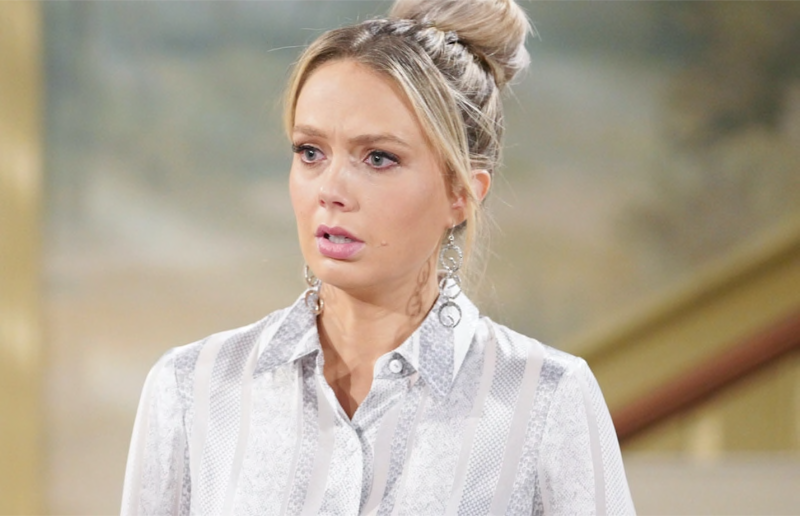 Devon and Abby still don’t know where all that passion came from when up until that night the two had always been close friends. But what goes around comes around, so he may now have a better understanding of what happened between Nate and Elena at that examining table at New Hope Clinic. That, also, was one of those “suddenlies”, which seem to be happening a lot around Genoa City lately.

Devon will of necessity continue to relate with Abby because of Dominic, and perhaps with Elena because of needing a friend. But since Devon and Elena were once live-in lovers as well, he could have some baggage with her and a triangle could start where he’s torn between the two.