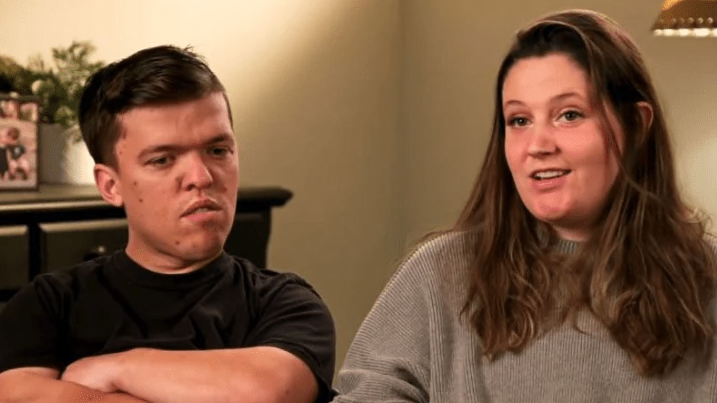 Little People Big World (LPBW) fans can’t spend Christmas with Tori Roloff and her family, but they can do the next best thing: follow her posts during the holiday season. With the newest addition to the Little People Big World cast, Josiah adds to the charming appeal of cute little kids. So, he took the spotlight when his mom talked to her TLC fans this week about the festive season and her heart’s desire.

LPBW Fans See That Tori Roloff Has Another Cutie-Pie

Josiah started out life like any newborn with a vague resemblance to his siblings. Of course, TLC fans checked photos to see if he was like his brother Jackson, (5) or his sister Lilah (2). Folks decided that he looked a lot like his brother, and spoilers revealed some similarities at a very young age. At one stage, his mom claimed that it felt as if she’s given birth to a clone. However, as fans who watch the TLC show know, he differed in a big way. Josiah simply doesn’t sleep and cries a lot. In real life, hopefully, he settled down because the whole family seemed to feel exhausted.

LPBW spoilers revealed that even though he was so young, Josiah didn’t miss out on the fun of Halloween. In fact, Tori Roloff dressed him up in a baby chicken costume. Perhaps, like Jackson, he will become besotted with the birds when he’s a bit older. The fun of any holiday means that fans will definitely see the three little TLC stars getting into the spirit with gusto. With Christmas just around the corner, Josiah was the star of the post that his mom shared about the season of love, generosity, and annoying music in big supermarkets.

Tori is probably not an easy person to find the perfect gift for her. After all, she seems to have it all. Her husband Zach Roloff has a decent income. Additionally, they own their own property in Washington and until recently, enjoyed a good relationship with the family. Growing up on the farm in Helvetia, near Portland, Lilah and Jackson clearly brought a lot of joy to their lives. So, it’s no wonder that Tori really doesn’t need anything else to bring her happiness. Except, that now, she has more cuteness in her life as Josiah arrived this year.

This week, the LPBW star shared photos of Josiah that got fans gushing. In her caption, she wrote, “All I want for Christmas… ❤️💚🎅🏼.” And, the photos proved that her youngest child obviously doesn’t cry 214/7.  TLC fans were captivated by the charm of the sweet baby boy. Clearly, the cute photos made people feel happy, and a bit of baby fever became apparent in the comments. Bringing Up Bates alum, Carlin Bates, who is also blessed with cute kids commented, “Oh my goodness!”

So Much Cuteness Must Be Good For People

LPBW peppered their comments with the word “cuteness.” One of Tori’s fans wrote, “Are you kidding me right now with this Christmas cuteness overload 🌲❣️❣️❣️.”

What do think about the photos that Tori Roloff posted about her “heart’s desire?” Do think they are simply the cutest thing ever? Let us know in the comments below.