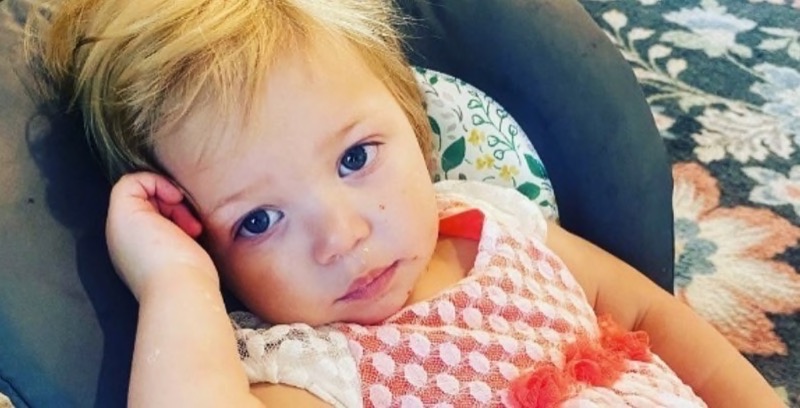 Sister Wives fans heard the news that Mykelti Padron welcomed her twins last week, and they arrived 38 weeks along. Already home, Avalon Pardon spends some time getting to know her new siblings. As the only child, how did she react to the reality of competition in the house? Read on to find out.

Before Avalon arrived, there were only two grandchildren in Kody Brown’s family. They were Axel and his little sister, Evie. At the moment, Maddie Brown Brush is expecting a third child who should arrive early next year. In the meantime, Mykelti gave birth to her twins. Christine Brown adores Avalon and now that she lives in Salt Lake City, she spends a lot of time with her granddaughter. Actually, Avalon seems to be yet another strong character in the extended family.

Sister Wives star Christine will probably spend even more time with her daughter’s family because twins take a lot of work. In fact, she seems over the moon about the two boys, Archer Banks and Ace McCord. All the fuss about the twins might not be welcomed by big sister Avalon. After all, the fuss used to be all about her. Oftentimes, it is stressful for the only child to suddenly have siblings. Actually, Axel regressed badly when Evie arrived and he returned to his pacifier.

On November 26, Mykelti shared some photos of her daughter with the twins. In the caption, she talked about how Avalon reacted when she met the twins. And clearly, her cute nose was put out of joint. Mykelti said, “When Miss Avalon first met the boys she was confused and sad.” Naturally, TLC fans felt a bit sorry for the little girl. However, Avalon’s mom also mentioned that now she has spent some time with them, she likes “to cuddle and kiss.”

Sister Wives fans thought that Avalon would end up being a really nice big sister. One fan said, “❤️ Miss Avalon is going to be the best great sister❤️.” Naturally, others just sent in their congratulations to Tony and Mykelti Padron because they have a sweet family now. Of course, there will probably be thousands of photos of the twins and Avalon in years to come, and fans are there for them.

Sister Wives star Mykelti is not the first mom to ever have an only child who might feel jealous of new siblings. According to The Every Mom, “it’s perfectly normal for your older child to not understand who this new little baby is and to not be excited about it.”  The website explains that in time if parents don’t try and force the kid to accept the newcomer, it seems to just happen on its own.