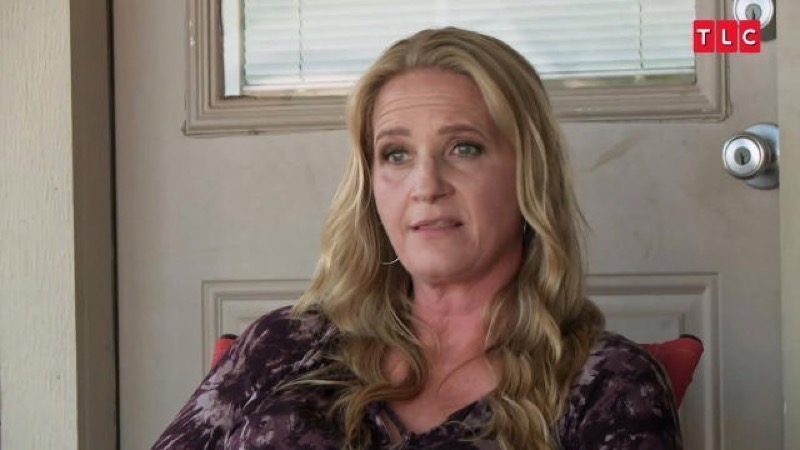 Sister Wives spoilers emerged that Mykelti and Tony Padron welcomed their twins a few days ago and their grandma, Christine Brown dumped some photos of the new additions. The photos of Kody’s ex-wife holding the bundle of double trouble really appealed to her many followers. Actually, while it’s about babies, fans couldn’t help but talk about how happy Christine looks.

When TLC fans heard that Mykelti would be having twins, Christine mentioned that it was going to be a very busy time. Bear in mind, they already raise little Avalon. Thankfully, when Christine left Flagstaff, she moved to Salt Lake City, and Mykleti doesn’t live too far away. If you don’t know, she and Tony live in Lehi. No doubt, the fraternal twins, both little boys, will see a lot of their grandmother. Actually, the arrival of the twins means Kody and his wives now have five grandkids. Next year, Maddie Brown Bush will welcome their sixth.

Sister Wives fans knew that Mykeltyi was close to welcoming her twins. In fact, she told them that there was simply no room left inside, so doctors planned for an induction. Mykelti said that they would arrive at 38 weeks because they seemed to be quite large for multiples. When fans heard that she would probably have a natural birth, they felt a bit alarmed. However, it sounds like she coped just fine because her mom talked about it on Instagram.

Soon after the announcement that the babies had arrived, Christine posted up five photos on her Instagram. One of them showed proud dad, Tony, with the kids. Then another one revealed Mykelti cuddling the babies. The others showed Christine with them. In her caption, she said, “So obsessed with these new grandsons!! What a blessing.” Then she talked about her daughter and how she handled the birth.

Sister Wives fans have seen Mykelti and Maddie go through births on TLC. This time, they might see a bit more of the new arrivals in a new season.

Christine said to her followers, “we should talk about how INCREDIBLE Mykelti’s recovery is going! The nurses were BLOWN AWAY by how well she did! She’s just amazing!” If you are wondering what names the twins have, they are Archer Banks and Ace McCord.”

Sister Wives fans obviously sent in their congratulations. However, some people noticed how radiant Christine Brown looked. So a follower wrote, “Christine! I know this post is about the babies…but you are GLOWING!!! Happiness and freedom look amazing on you!!! Wishing you the best that life has to offer!!! Congratulations Oma 💙💙.”

Another fan penned, “Congratulations oma!!! Oh, they’re absolutely precious! Best wishes to your family, especially Mykellti and Tony! And she “got that from her mama” (that strength and resiliency). God bless you all.”

The Bold And The Beautiful (B&B) Spoilers: Carter Puts Ridge To The Test, Proves He’s Not Ready To Get Married