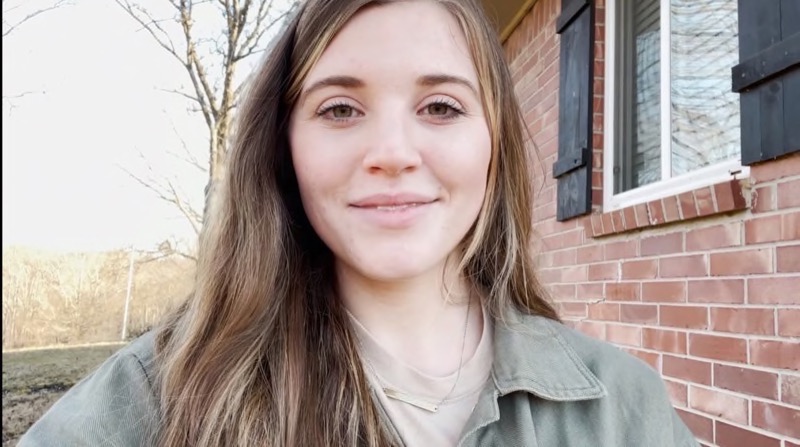 Counting On feedback comes from Joy-Anna Forsyth about her current pregnancy. She and Austin already raise two kids, Gideon, 4, and their daughter Evelyn, 2. Previously, she lost her baby who they named Annabell Elise. Into her third pregnancy now, she and Austin had a fun family reveal of the gender of their next baby. Actually, TLC fans loved the video that she shared about it.

Counting On Fans Suspected That Joy-Anna Was Pregnant Again

Viewers of the show always love to speculate about new pregnancies. Moreso at the moment, Jim Bob Duggar told Joy-Anna that he has 30 grandchildren to look forward to now, But, people thought he might be getting confused. Still, with new rumors that Jessa Seewald might be pregnant, more might come to light. Anyway, Austin and his wife do expect a baby, but it didn’t tie in with last year’s rumors.

Counting On fans like to see that Joy seems to be enjoying her current pregnancy. Of course, it can’t be that easy once a person suffered from a miscarriage, to get too excited. Probably, at the back of her mind, she worries about another loss. Still, as each week goes by, she looks relaxed. Actually, her videos become quite professional these days, as do her stories. Also, her sense of fun emerges and she makes her followers laugh a lot. This week, she got the attention of fans with her gender reveal.

In her video about the gender reveal, Joy-Anna explained that they wanted their family and friends to be a part of the fun. Previously, they found out and then told everyone else. So, they set up an elaborate dartboard and people had to guess the gender ahead of time. As the balloons popped, folks could figure out the gender. In the video posted on YouTube, fans saw that friends and family attended. Notably, Jim Bob and his previously estranged daughter, Jill were both there.

Counting On alum Michelle Duggar arrived, and like Jim Bob, she thought the baby might be a girl. Meanwhile, Jill guess a boy, but noted that she was “always wrong.” Mind you, a lot of other people also guessed that Joy-Anna would have another boy. Was Jill wrong this time? As the darts popped balloons that puffed out different colored power, the excitement levels rose and everyone cheered.

And The Gender Is…

Counting On fans saw that in the end, the colors on the dartboard revealed that Joy-Anna and Austin Forsyth expect another little boy! So, Jill got it right for a change.

Fans who saw the video loved the excellent quality of it all. While Joy-Anna put in a lot of effort, she also credited “AJ & Samantha Solis & Laura DeMasis!💕” for helping out.