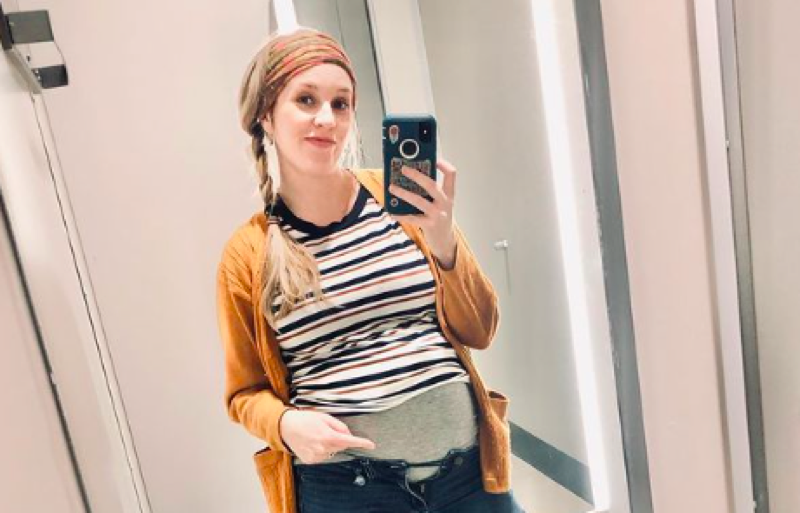 Counting On spoilers and updates revealed that Jill Dillard expects another baby. She and Derick had already raised Sam and Israel and the news followed that of a previous miscarriage. So, TLC fans are thrilled for them. However, one fan noticed that the Duggar family, who usually crow the news about babies from the hilltops, stayed silent about it. Naturally, that made fans speculate as to why this time, Jim Bob and Michelle remained silent.

Counting On Alum Jill Dillard Announced Her Pregnancy In March

The news that Derick and Jill expect a third child came back in March via Instagram. Additionally, Jill also shared the news on the Dillard Family Blog. At the time, they couldn’t reveal the gender of the new child. Later, the news emerged that the whole family landed up sick with the coronavirus. So, fans heard why the delay came along. Fortunately, the whole family seems to have recovered now. Naturally, fans feared for the baby at the time.

On March 23, the Counting On alum announced that they found out the gender of their baby and they expect another boy. Mind you, don’t expect to see many photos of the little one when he arrives. These days, fans noticed that apart from the gender reveal photos, Jill hides the face of her children. That started after the trial of Josh Duggar in December.

Counting On Discussion About Jill And The Duggar Family

The speculation about Jill Dillard’s pregnancy not being announced by Jim Bob and Michelle Duggar came on the Duggar and Bates Confession account on Instagram. Sharing one fan’s feeling about it, the admin said, “Thoughts? (Not our opinion. Confessions are sent in anonymously).” It came when a fan suggested that the Duggars just don’t “care about her” anymore. Well, TLC fans know that Derick’s not Mr. Popuialr in the Duggar world right now. Bear in mind, that he slammed Jim Bob when he ran for office.

Counting On fans took to the comments section to discuss why the Duggar family might have ignored Jill’s third baby. Here is a small sample of what they think might be behind it:

Jim bob knows it’s just a matter of time before Jill writes a book and exposes him.

I think that they respected her by not announcing something that it wasn’t their place to announce.

I have a feeling Jill and Derrick might have asked that they not share any updates about their family.

They have shunned her….

If they didn’t care what her brother was doing to her they certainly wouldn’t care about a positive in her life.

They would be accused of using Jill as deflection from the Josh debacle if they posted anything.

As you can see, Counting On fans seem divided about why the Duggar family might not have announced the pregnancy of Jill Dillard. What are your thoughts? Do you think that they just don’t care about Jill and Derick? Or, are they simply respecting them by giving them privacy at this time? Sound off in the comments below.