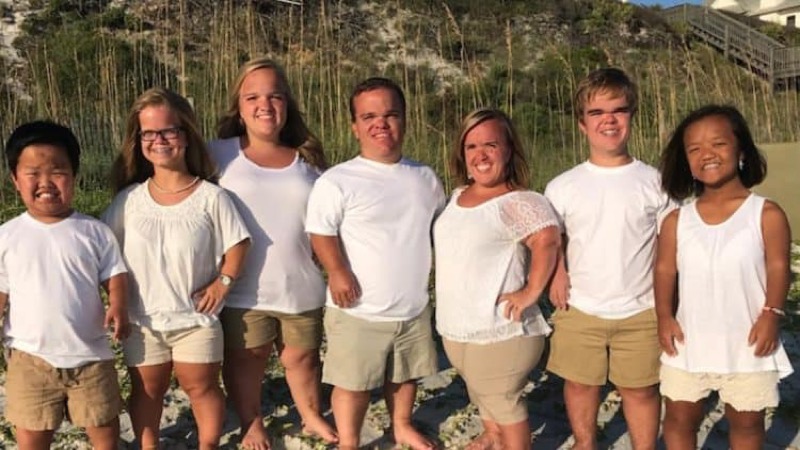 7 Little Johnstons returned for a new season, and TLC fans see that there’s a houseguest this time around. Apparently, the exchange student from Finland loves his American experience. Well, it looks like Emma and Alex didn’t enjoy their own experience very much this week. Actually, it seems like they had a horrible time during spring break. So, what happened? Read on to find out.

Some fun and laughter come from the current season as Joose Jeskanen joined the family. If you don’t know, he’s from Finland and is hoping to improve his English language skills. Apparently, one of his siblings experienced being an exchange student, and his parents allowed Joose to do the same thing. Also, a little person, he quickly settled in with Alex and Emma. In fact, Jonah. Liz and Anna all moved out, so Amber and Trent’s home seemed fairly quiet until Joose came along. Luckily for Joose, it looks like he escaped a terrible experience during Spring Break.

Alex and Emma might wish that right now, the 7 Little Johnstons family were elsewhere. In the summer of 22, Trent and Amber plan for an exotic vacation. Apparently, they will go to Europe. It’s not clear that they plan on taking any of the kids with them. If they don’t that might be sad as Emma and Alex just had a break that probably won’t rank high in their list of best memories. Those fans who had a similar experience really feel for the two teens.

Taking to her Instagram on April 5, Amber posted a photo of Alex looking miserable in the car. Then, a succession of photos she revealed what the two teens did. Amber said in her caption, “Spring Break = wisdom teeth O-U-T.” Aww, that sounds pretty awful for young people on a  break from school.

7 Little Johnstons fans felt bad for Emma and Alex, One fan said, “My parents did the same thing to me. Spring break wisdom teeth. So much fun! 😂😂 load up on ice cream, jello, and broth.”

Why Take Out Wisdom Teeth?

7 Little Johnstons fans who live in Europe and elsewhere can’t understand why folks in the USA always seem to get their wisdom teeth extracted A few of them asked about it. Well, another fan pointed out that “it could cause problems down the line,” adding, “I didn’t want mine out either but I had to lolz.”

Be sure to catch up on everything happening with GH right now. Come back here often for more 7 Little Johnstons spoilers, news, and updates.