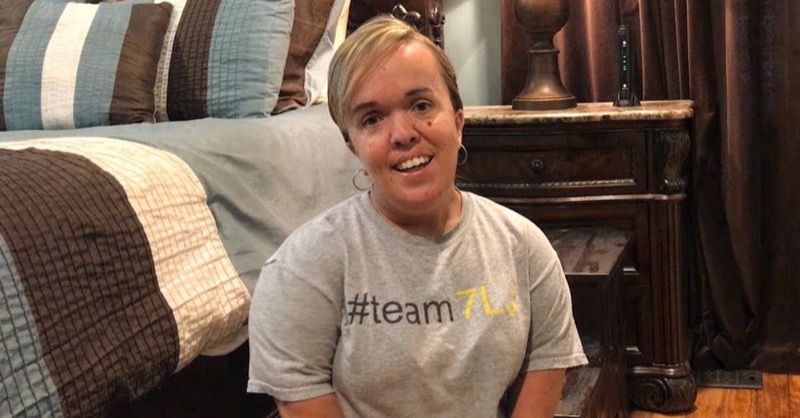 7 Little Johnstons fans know that the family quite often takes trips to Florida. Or, they set out on road trips. Quite often, the news arrives at the end of a season on TLC. Well, just days after the latest season ended, fans heard that in 2022, they plan a blockbuster of an adventure. The news came in the comments section of a post that Amber put up on Instagram this weekend.

When fans saw in the teaser for the new season that a new family member appeared, they thought the family adopted a teenager. Well, it turned out that he was not adopted. Instead, he’s an exchange student from Finland. Unfortunately, fans had to wait until right at the of the season to get to know him a bit. Well, at least that paves the way for more about him in another season on TLC.

7 Little Johnstons fans saw that ahead of Season 10, Amber posted about a road trip near Thanksgiving. She didn’t say where they went, but fans assumed it was somewhere that Joose might enjoy. After all, spoilers emerged that suggested fans might see them celebrate Thanksgiving with Joose, and take in a few other destinations. But that didn’t happen in season10.

Taking to her Instagram on January 8, Amber, who manages the @Team7ljs account, posted about Joose Jeskanen. Her photos showed the family out and about with the exchange student. One of them showed Joose and the rest of them in Washington. But, that’s not the big adventure they plan for summer in 2022.

In fact, they plan a more exciting trip than that. In her caption, Amber wrote, “months came and gone so quickly. An amazing experience, “familyships” have been made🇺🇸💛🇫🇮.” However, she leaked bigger news in the comments of the post. Amber said that they plan to visit Joose over in Finland!

Perhaps TLC will reveal the 7 Little Johnstons family as they head for northern climes. And, it makes sense to do the trip in the summer. After all, winter in the USA gets chilly. But, Finland probably wears the cold crown! It’s often cold even in summer, but in winter, the place sits below freezing for about 7 months of the year. Asylum Finald explains that fortunately, summer can deliver warm weather. The website notes, “the hottest month in Finland is July when the average temperature in Helsinki is +18 °C, ( 32 °F).”

TLC Fans React To The News From Amber

7 Little Johnstons fans who live in Finland seemed overjoyed. Actually several of them extended invitations to them to visit their towns. One fan wrote, “No way? 😍😍 Please visit us in Oulu, I’ll warm up our smoke sauna for you guys ❤️.”

Be sure to catch up on everything happening with the TLC cast right now. Come back here often for more 7 Little Johnstons spoilers, news, and updates.