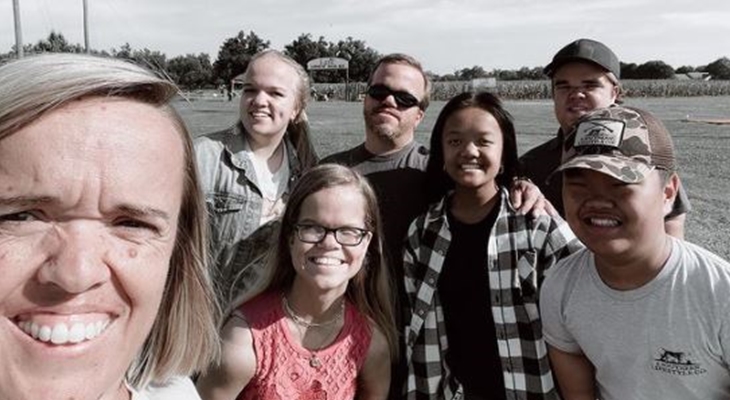 7 Little Johnstons premiered a new season this month. Since then, Amber took to her Instagram and shared that they took a road trip. As it came on the weekend, perhaps they drove somewhere to celebrate Thanksgiving. They took along the exchange student from Finland as well. But, some fans noticed a few people were missing.

7 Little Johnstons Star Anna Not On The Trip?

In the post that Amber shared on November 27, Liz was in the front seat of the car with her mom. In the back, fans could see the exchange student, and Alex and Emma. it’s not clear where the rest of the family was. Last season, fans saw that Anna kicked against her mom’s wishes as she wanted to move out. The previous season, her parents, Trent and Amber told Jonah to move out. However, fans didn’t see that happen yet. But they did see Liz make her move to independence.

7 Little Johnstons spoilers for the new season indicate that Jonah and Anna move out this time. In fact, on Instagram, the spoilers about Anna pretty much were already confirmed her move.  Perhaps Anna is in her own place now and just enjoys the freedom of her own space. Perhaps the family traveled in two cars? As Amber didn’t elaborate any more on the road trip, fans might to have to wait and see where they went.

When Amber shared her post about the road trip, she just captioned it with, “RoAdTriPpiN.” That’s all. Perhaps they still film for the show? It’s usual to film during the new season, but it’s not impossible. Perhaps the information that Amber gave was just enough to let fans know they traveled but also didn’t give away any spoilers.

7 Little Johnstons spoilers revealed that in the new season, Trent gets a new job. The teasers also showed that Jonah finally found his own place. However, Amber seemed upset with him, as he didn’t tell his girlfriend. That’s a red flag, she believes. Additionally, Brice and Liz get very cozy indeed and he wouldn’t mind hooking up with Liz permanently.

Other Spoilers For The New Season

7 Little Johnstons teasers also revealed that the new job that Trent takes is actually in direct competition to Jonah, who sells cars. It also teased that they might adopt someone. However, Emma told her fans that it never happened. Perhaps the exchange student, who fans will meet in the show, was some sort of compromise. However, you will need to wait for the season to progress a bit to find out.

Be sure to catch up on everything happening with the  TLC  family right now. Come back here often for more 7 Little Johnstons spoilers, news, and updates.

The Bold and the Beautiful Spoilers: Finn Throws Caution and Steffy to the Wind to Connect with Sheila