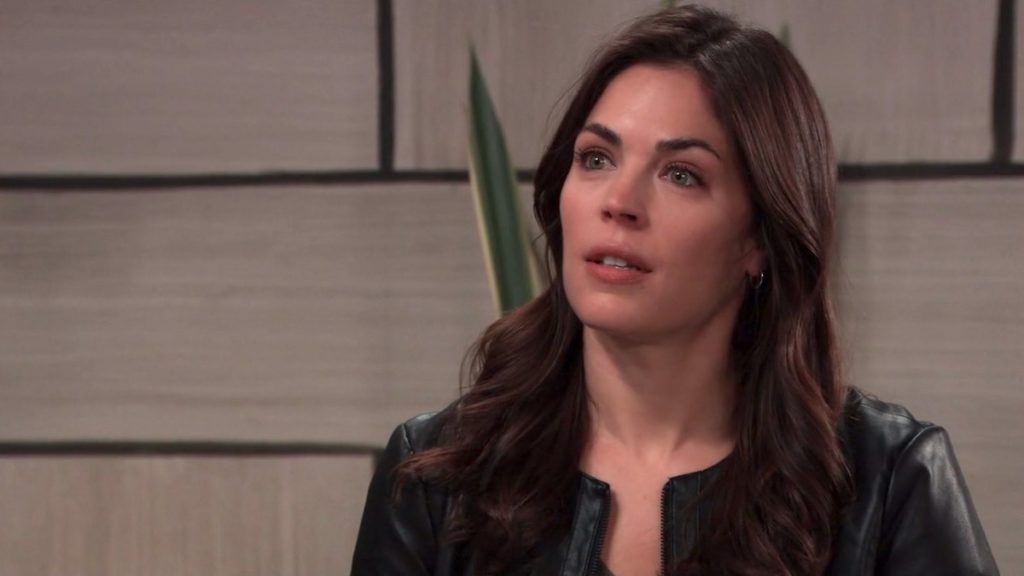 General Hospital (GH) spoilers and updates tease that Britt Westbourne (Kelly Thiebaud) will see a new side of Brad Cooper (Parry Shen) in an upcoming episode of General Hospital!

General Hospital viewers will recall that Brad was taken in by his aunt, Selina Wu (Lydia Look), and had warned Britt prior to his parole hearing to stay away from him; Selina told Britt she’d be a bad influence. However, as General Hospital viewers quickly realized, Selina was fearful that Britt would be more of a good influence on Brad, keeping him on the straight and narrow, and that’s not what Selina wants! Selina wants to make her nephew into a full member of the Wu family, in the sense of the Five Families Wu family; she already had him put the hit on Peter August (Wes Ramsey) by poisoning his breakfast! The only problem is, apparently the poison must not have been quite deadly enough and did not kill him quickly – Peter is now awake in his room in General Hospital and she’ll likely have to dispatch Brad again! Otherwise, she won’t be keeping up her end of the bargain with Sonny Corinthos, (Maurice Benard) who already wants to have a sit down with her and she knows what it’s about!

General Hospital viewers will recall that Britt stopped Victor Cassadine (Charles Shaughnessy) before allowing him access to Peter August’s (Wes Ramsey) room, not because she cared about Peter but because she takes her job seriously! After all, Britt is the co-Chief of Staff for General Hospital and it is her job to make sure the rules are enforced – Victor had shown up way after visiting hours but she finally let him in. Port Charles Chief Of Detectives Mac Scorpio (John J. York) soon showed up and sent Victor on his way before he could do any damage, however, although Peter was not yet ready to transport him back to Pentonville. It’s mealtime for Peter, and Britt spies Brad coming with a food cart towards Peter’s room, and she wonders who hired him for the hospital food service and she quickly rushes over to talk to her old friend. Britt is soon shocked by Brad’s response to her when she wants to catch up! 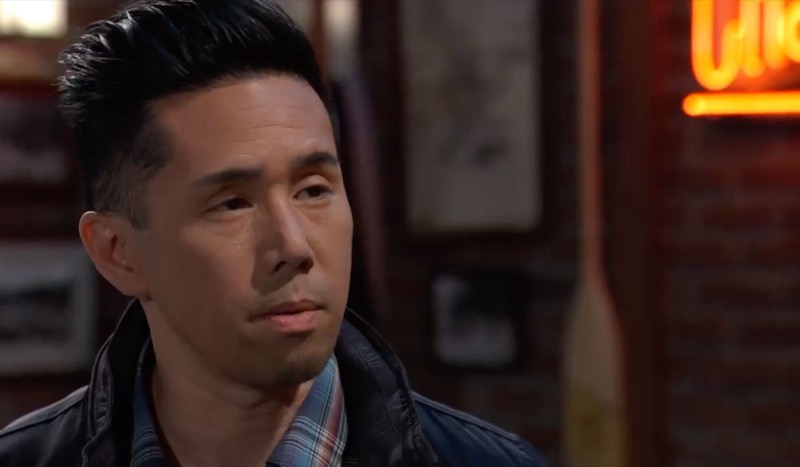 General Hospital viewers can expect that Britt will find Brad is no longer the Brad that she knows – and he’s certainly not the timid, but the funny guy she was expecting to see, he’s got no time to talk! General Hospital viewers can expect that Britt will encounter a rougher and tougher Brad than what she is expecting – having been trained to be Selina’s assassin, and he’s there to complete the hit on Peter! Brad isn’t rough with Britt – but he’s in an awfully big hurry to get that food tray to Peter, and he just gives off a different vibe than Britt has ever seen, and she’s known him for years!

Britt realizes Brad is a man with a plan and he’s not going to let anyone interrupt it – a very different Brad than she’s used to and she wants to check things out! Brad finally makes an excuse that it’s his first day on the job and doesn’t want to mess up; but she’s still concerned – about Brad, not about Peter and tries to distract him to run his badge!