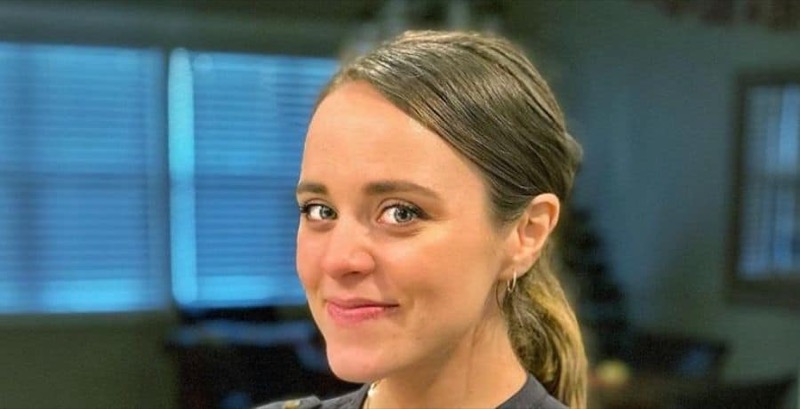 Counting On fans saw that just over a year ago, Jinger Vuolo and her husband Jeremy suddenly stopped sharing photos of their kids’ faces. Recall, prior to the arrival of baby Evanglyn, plenty of videos and charming photos of Felicity came in a steady stream. Well, apart from deciding her kids needed privacy, nobody really knows what prompted the decision. This week, some photos emerged of the children, and it seems to become a very rare event.

The last time that Jinger share photos of her children on her main Instagram came back on September 30 last year. In the photo, Felicity stood with her back to the camera at a pumpkin season event. Admittedly, fans did see Felicity out with her parents when Jinger celebrated her birthday last year. But, that came in her Stories. Once again, fans didn’t see anything more than her back view. Another more recent photo revealed Jeremy by a train but it was so far away, fans couldn’t make out if he carried a suitcase or a kid. Actually, many fans fear that Jill Dillard follows her sister by hiding her kids from fans. Recently, her photos only showed bits of their bodies, as well.

Counting On fans hear from Jinger about the kids more often than they see them these days. Even an update on Eve’s milestones in February didn’t reveal her little girl. If you still hanker for more about the little kid, she started walking. Additionally, one of her favorite things to do is kick around a soccer ball. Well, if you have waited with bated breath for more photos, you will be pleased to know that some emerged this weekend.

Counting On Photos Reveal The Family At Carpinteria State Beach

On Sunday, Jinmger shared three photos. The family went to Carpinteria State Beach and one photo showed Felicity walking towards her dad. Another one showed them exploring the waters’ edge from distance. Then, in the final photo, only a hand holding her dad’s appeared. It’s not clear which kid was holding hands, but it hardly matters as without seeing their faces, it could be anyone. In her caption, Jeremy’s wife wrote, “Perfect day.”

Counting On fan commented and one of them said that Felicity had “cute hair.” Well, it’s not that easy to see, but clearly, they do have some loyal fans.

Meanwhile, not so many comments arrived about why Jinger Vuolo didn’t share photos of the kid’s faces. It seems like most fans just grow bored with hoping for that to happen.

Be sure to catch up on everything happening with the former TLC cast right now. Come back here often for Counting On spoilers, news, and updates.