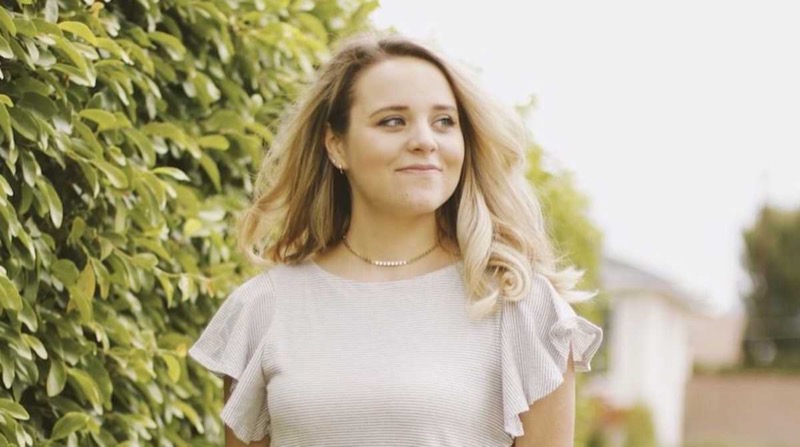 Counting On alum, Jinger Vuolo never shares photos of the kids’ faces these days, but she did update fans about Evangeline’s milestones this weekend. Back in November 2020, fans heard that Jeremy and Jinger welcomed their second baby safely. Another girl, Felicity became an older sister. However, TLC fans haven’t seen any sweet videos or photos as they did with their first child. While Jinger updated about Evy’s milestones, it almost came as an afterthought.

Counting On – Jinger Vuolo Gets Fans Worried About Evy

While most people respect that the couple keeps their kids private these days, that tends to lead to rumors. For some time, fans thought that perhaps Evy arrived with a birth defect. Or, they speculated that something bad happened. Some folks thought that the faceless photos they do see, indicate that Evy’s very small for her age. However, that might not be the case. In fact, since the trial of Josh Duggar, Jinger’s sister, Jill Dillard also hides the faces of Sam and Isreal.

As far as Counting On fans know, nothing untoward suddenly happened to Jill’s cute kids. Fortunately, like Jinger, fans do see updates about the kids even though they hide their faces. Actually, when fans asked Jinger why she hides their faces, she said that they want to give them a bit more privacy whilst they are still little. If anyone knows about the need for privacy she’s certainly well-qualified to understand the need for it. Now, her latest update revealed that there’s at least nothing wrong with Evy’s legs.

Taking to her Instagram on February 19, Jinger posted up a photo of herself with Jeremy. In her caption, she said, “I’ve not been posting that much recently but just taking in each beautiful moment before me.” Next, she reminded fans that some members of her family came and visited. Plus, they “spent a weekend in the mountains.” The TLC alum also talked about the warm weather in California and asked folks what they feel grateful for. However, she also managed to slip in the news that “Evy started walking (and kicking soccer balls).”

Counting On fans might recall how excited Jinger felt when Felicity started walking in September in 2019. At the time, she was about 16 months old. Well, Evy’s about the same age now, if slightly younger by a week or two. So, clearly, Evy’s right on target with the same milestone.

Hopefully, one day, fans will see some videos of Felcitiy’s little sister enjoying exploring around as her world expands.

The Vuolo Couple Is Still Popular

Counting On fans might not see much of the kids these days, but Jinger and Jeremy remain quite popular. The post about Evy’s milestones received over 41K likes in the first 12 hours. Actually, that’s not too bad for someone who doesn’t feature on reality TV at the moment.

Come back here for everything happening with the TLC alums right now. Remember to check back with us for more Counting On spoilers, news, and updates.

Coronation Street Spoilers: Lydia Chambers To Set Her Cruel Plan For Adam And Sarah In Motion