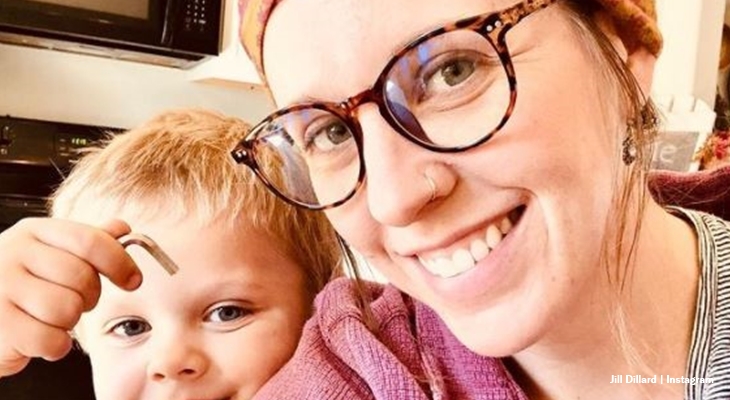 Counting On fans didn’t see Jill Dillard on the TLC show for a long time. In fact, she and her husband Derick left way before it was canceled. Now, as a storm of media speculation rages about her and her brother Josh’s trial, she took to Instagram and shared a sweet moment between her and her son. Fans loved it and they really like that she raises boys who clearly respect their mom.

Counting On – A Sweet Moment For Jill Dillard

Just over a month ago, Jill told her fans that she lost a baby in a miscarriage. Actually, she and Derick believe that there’s a season for everything. So, it’s not the time now for her to start nursing an infant again. Obviously,  she felt destroyed at the time. However, her husband Derick seems like a stalwart man who will always give Jill the support she needs. Certainly, it looks like they raise their two sons, Sam and Israel with similar values.

The Counting On alum often shares her days with her two sons. Israel attends school and went into Grade 1 this year. Meanwhile, little Sam stays home with his mom. She homeschools him, and he’s at that adorable age there some very tender moments emerge. Fans often see videos and photos of the two kids. Sometimes, they become inventive in the kitchen. Or, they play in the outdoors, come rain or shine. In summer, they help her grow things in the garden. So, Jill became something of a role model as a mom.

Counting On – Sweet Little Boy Helps His Mom With Earrings

On December 2, Jill shared a photo of herself with her newly colored hair. Fans really like it as it’s blonde all over. Actually, she looks amazing, fans agree. Lightly curled and long, it really highlights her attractive face. Well, her son Sam clearly likes that his mom looks so pretty. So he helped her choose her earrings. In her caption, Jill said, “🤗My little earring helper 💙He always asks to help pick them out and put them in 🥰.” 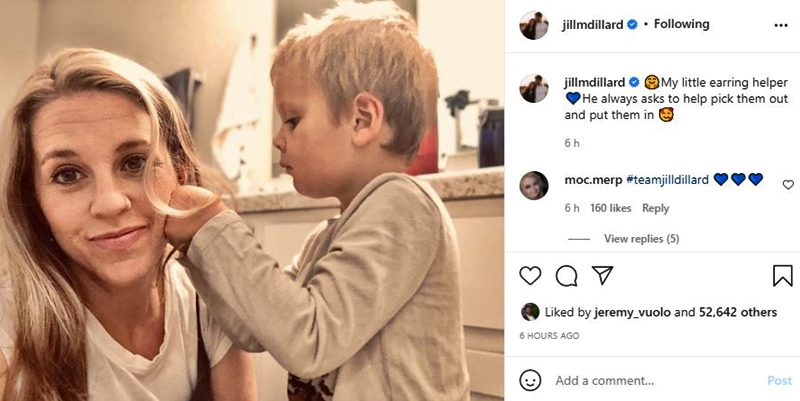 Counting On fans used the hashtag #teamjilldillard. That’s in support of her involvement in her brother’s trial. But this isn’t a story about the sordid and the ugly. It’s about a cute little boy who gives her some sweet memories to treasure. Many fans took to the comments and talked about her boys. One of them wrote, “You’re SUCH a wonderful wife and mama to those precious boys.” Then another comment arrived that said, “Awesome to see you teaching your boys respect and love.”

Counting On fans know where to find her on social media. However, a lot of people following the trial of her brother might not know about her blog and her YouTube. The Dillard family runs a blog, and there, she and Derick share about all sorts of things. Meanwhile, you can join the family on their fun outings on YouTube. Or, become inspired as she and Derick go through some Q&A sessions. Here’s a cute video clip showing Sam dancing in church a couple of years ago.