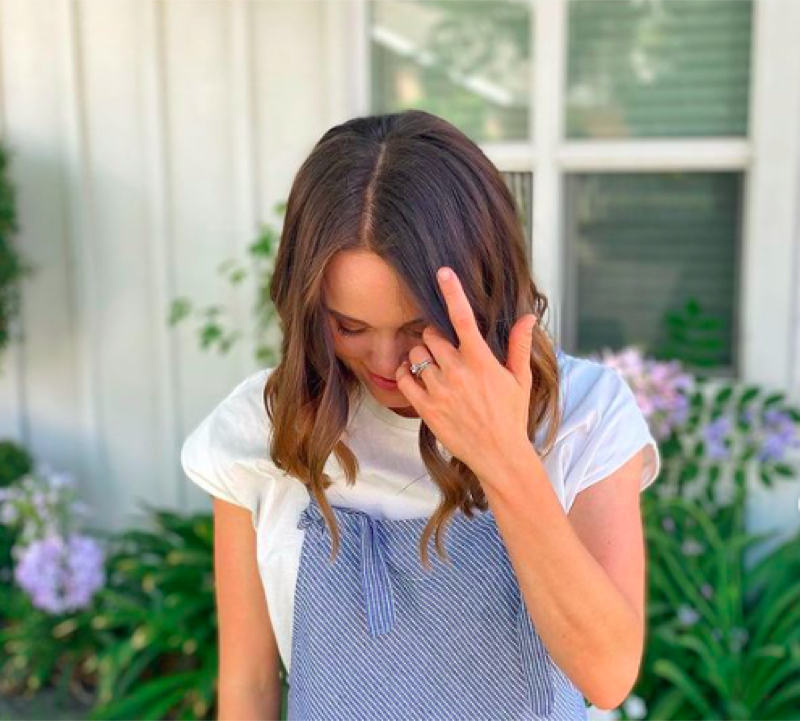 Counting On fans speculated for nearly a year that there’s something wrong with the youngest child of Jinger and Jeremy Vuolo’s daughter, Evangeline. It all started when TLC fans noticed that until the arrival of their second baby, the couple constantly posted photos of Felicity. Although the couple claimed they only hide the kids’ faces for privacy reasons, the fan still doesn’t buy it. This Christmas, more rumors came along.

Counting On – New Photo Of Evangeline At Christmas

Jinger recently celebrated her birthday, and it looks like they spend Christmas with Jeremy’s family in Pennsylvania. Both of them shared photos of Felicity exploring Springton Manor Farm. Of course, like always, they didn’t show the face of their daughter. Later, Jinger also shared a photo of Felicity with her back to the camera in the kitchen. Then, a final clip in her Stories revealed Jeremy holding Evangeline and dancing with her. Like her sister, the one-year-old came with her head turned away from the camera.

The photo of the youngest child of the Counting On couple brought more speculation about her health. Actually, the debate amongst TLC fans raged since about February this year. Very few people buy into the idea that all of a sudden, they desired privacy. After all, they previously lived a very public life. Actually, many of their fans just went to their social media pages to see photos and videos of Felicity. Cafemom reported at the beginning of the year, that fans wondered if something was wrong with Evangeline.

Rumors once came along, that the baby was born with Downs Syndrome. But a rare photo that showed the baby’s face very early on didn’t support that theory. The Facebook group, 19 Scandals, and Counting shared the photo of Jeremy dancing with Evangeline. Lots of TLC fans felt that something just didn’t look right about Evangeline. Nobody can really put their finger on the problem if there is one. However, she does look very small for her age. 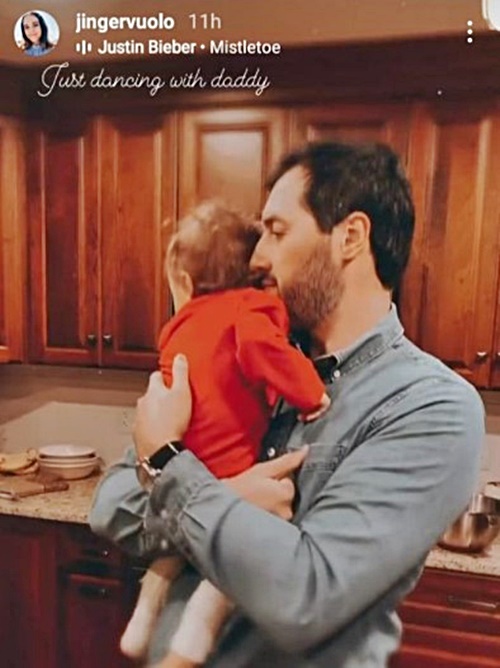 In the comments section if the post, Counting On fans again raised their fears that something is wrong. Here’s what some fans said about Evangeline:

That baby looks SO tiny for a 1 year old.
Way too tiny.
How old is she now? She really looks like something isn’t how it is supposed to be.
So tiny still..
Her legs look so weak, not strong enough to walk.
I think she has a medical condition. I think their may be something wrong with her- I agree it just looks off. Maybe this is why they’ve kept them out of the spotlight a bit.”

If The Kid’s Not Sick, Does Jinger Hide Her Face Because Of Josh Duggar?

Some Counting On fans disagreed that anything is wrong. After all, lots of children grow slowly. In the past, people suspected that perhaps the family was approached or threatened by a creepazoid. But, if that happened, it would be very difficult to keep out of the tabloid media.

Come back here for everything happening with the TLC alums right now. Remember to check back with us for more Counting On spoilers, news, and updates.

The Bold And The Beautiful (B&B) Spoilers: Tension Between Hope And Brooke Erupts – Deacon’s Success Doomed?

90 Day Fiancé: Evelin Villegas Calls Out TROLLS Who Show Up At Her Home