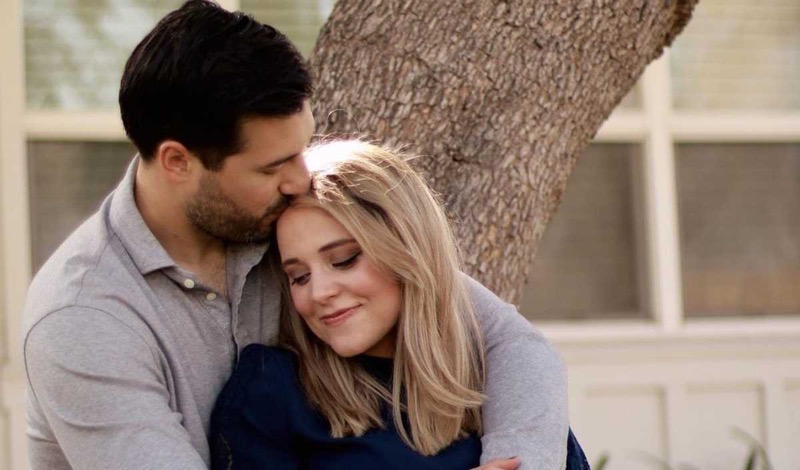 Counting On fans heard that Jinger Vuolo had a birthday this week. Actually, she shouted out to Jeremy for spoiling her.  She arrived on Planet Earth on December 21, 1993. The Christmas baby didn’t forget her kids when they celebrated this year, and both of them revealed what they did with Felicity that holds special memories. Probably, little Evanglyn who turned one-year-old last month also went along.

In November last year, fans saw the last photos that the TLC alum shared of their daughters. Well, they still post photos, but never show their faces. Fans are not sure quite why they made that decision. The couple told them that they decided to protect the privacy of their children. Notably, it coincided with their settling in Los Vegas. Perhaps, they felt that big city folks were a bit invasive compared to those in Laredo, Texas. Fans felt sad. After all, who can forget cute Felicity riding on the suitcase when the couple first arrived in California?

When the Counting On couple planned their summer this year, Jinger told her fans that Jeremy went “back to Laredo, TX to officiate a wedding and preach at Grace Church! It was nostalgic and made me want to go visit with the girls soon, too.🤗 We love the people in Laredo.” Actually, during their summer trips, the paparazzi caught them at the airport with the kids, so fans saw photos of the children’s faces for the first time in ages. Now, on her birthday, Jinger and Jeremy shared their outing with Felicity, but once again, fans only saw the back of her.

During her birthday week, Jeremy and Jinger revealed that they took Felicity to explore Springton Manor Farm. The caption read, “Felicity and I did a bit of exploring today at one of my favorite places to go as a kid.” Well, it looked like that came from Jeremy rather than Jinger. Jeremy spent a lot of his childhood in Pennsylvania, and his mom and dad raised him in Downington. We know that Jinger still celebrates her birthday, as on the same day, she revealed in her Stories that they went out for a meal in Downington. Her caption read, “Had to take the birthday girl to Downington’s best breakfast spot.” 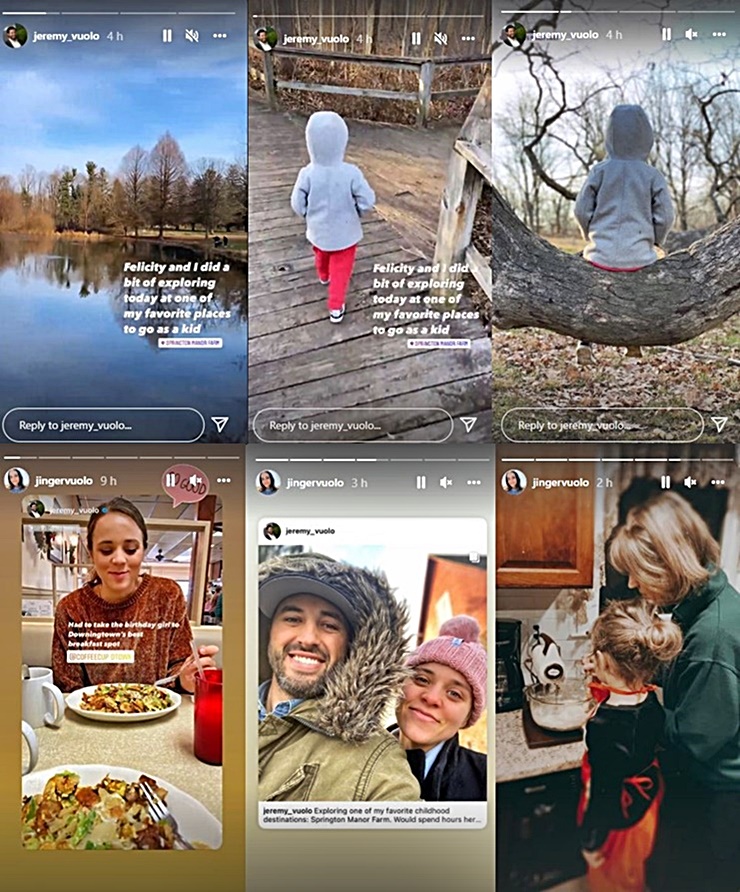 The next two photos from the Counting On alum showed Jinger with Jeremy at the farm. Then, a final one showed a bit more of Felicity watching the prep for some Christmas baking. Apart from the stories, Jinger also shared a post on her main Instagram page. There, she wrote, “[Jeremy] spoiled me for my bday yesterday. 🤍 Breakfast at the Coffee Cup Restaurant, Shopping for hours, Dutch Haven for soft pretzels and Whoopie pie.” As the kids didn’t feature in the photos at all, perhaps they stayed home with their grandma.

Of course, Counting On fans couldn’t post comments on Jinger’s stories. However, they quickly took to the comments section about breakfast and shopping in Downington. One of them said, “Sounds like a perfect birthday! Happy Birthday, Jing! ❤️.” Then, others who live in the area also chipped in their thoughts. One of them wrote, “I live in Lancaster too! About 2-3 miles from Dutch Haven!”