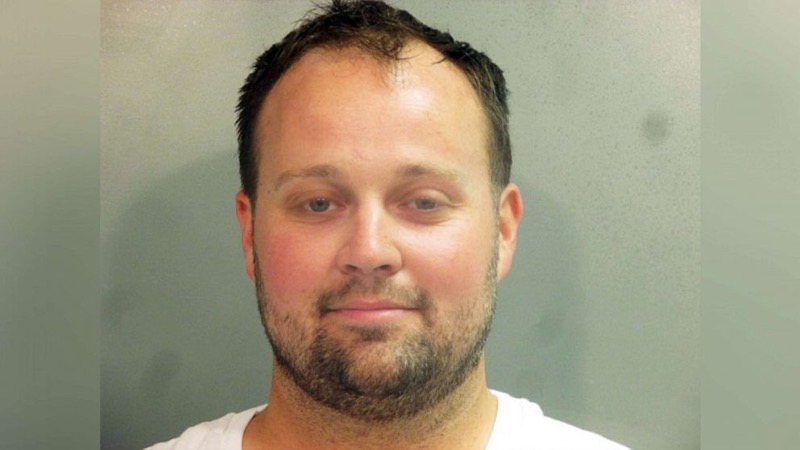 Josh Duggar was found guilty of possession of pornography involving children. Well, the last time he enjoyed a holiday came when he celebrated Thanksgiving. Not totally free, as he was restricted to the Reber’s cottage under his bail conditions, at least he could see his wife Anna. So, Counting On fans might wonder what Christmas day will be like for him in 2021.

When the jury found Jim Bob’s eldest son guilty, he never went home. In fact, refused bail, he went straight behind bars. There, he will wait for his sentencing in April next year. Potentially, it will be many years before he walks free. Plenty of outlets reported that he went into protective custody. Actually, that’s not uncommon with those people that prisoners deem to be pedophiles. In fact, some rather awful things happened on occasion with prisoners just like the 19 Kids and Counting alum. That means he probably can’t have visitors. So, Anna probably won’t be able to see him at all this Christmas.

Josh Duggar went to jail despite his dad testifying that he couldn’t recall all the details of his son molesting his sisters. That incident came back in the early 2000s. It wasn’t a very good look, fans of his TV shows thought. Then, stories came of a potential juror close to the family who nearly slipped through the background checks. Needless to say, the judge was not very impressed with that. At the of the day, Josh now sits far from his seven kids, his wife, and his extended family, this Christmas.

The Sun reported about the sort of day that the TLC alum can expect whilst he is in protective custody at the Washington County Detention Center in Arkansas. The outlet noted that he “will be served his jailhouse-style Christmas dinner in solitary confinement.” Their source told them that the menu for this year hasn’t yet been decided on. However, he shouldn’t expect something too elaborate. Apparently, the prisoners will get “a little special something. It won’t be big, but it’ll be a little something different.”

In any event, as he sits in solitary confinement, Josh Duggar won’t spend any time enjoying his meal with other prisoners. The source also described meals that usually arrive as Christmas approaches. “This morning they had oatmeal with butter and sugar, a sausage patty, homemade fried potatoes, bread, and margarine.” Lunch is a simple hamburger, and dinner involves a menu with “turkey and rice casserole and green beans with bread and margarine.”

If He Ends Up In A federal Prison Will he At least See Anna?

Josh Duggar probably will get a jail term in federal prison when he’s convicted. If that happens, he might be able to see Anna. However, he won’t get any conjugal visits. Actually, he probably will be able to meet with Ann under strict conditions. That could go on for years, so perhaps he might as well get used to a meager Christmas meal now.

Be sure to catch up on everything happening with the Counting On cast right now. Come back here often for more news and updates about Josh Duggar.

The Bold And The Beautiful (B&B) Spoilers: Taylor’s Concern About Finn, Pushes ‘Steam’ Back Together?