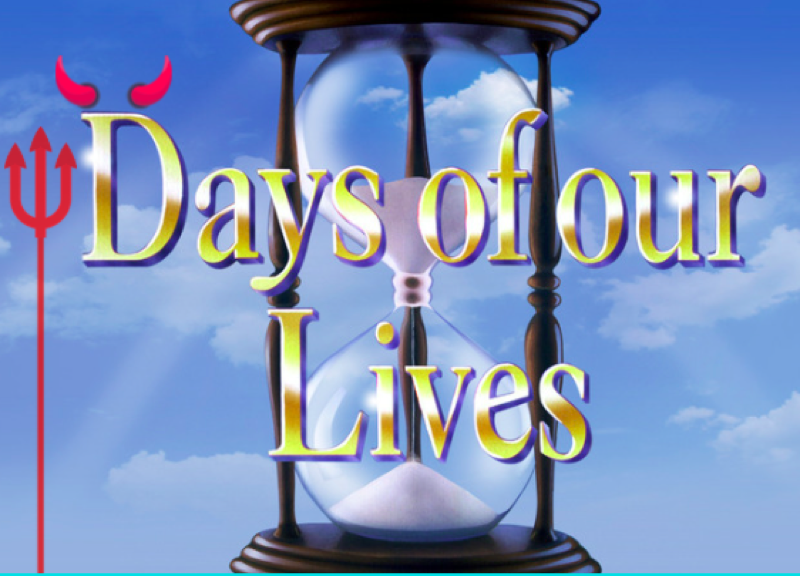 Days of Our Lives (DOOL) spoilers and updates tease that Satan will find a new home as he jumps into Philip Kiriakis (Jay Kenneth Johnson) in upcoming episodes of Days of Our Lives!

Days of Our Lives viewers will recall that Philip’s already been acting pretty devilish lately, with a fiendish plan to frame Brady Black (Eric Martsolf) for his murder! Philip has been acting sinisterly unhinged, and not listening to anything his mother Kate DiMera (Lauren Koslow) tried to tell him in a recent episode of Days of Our Lives. Kate had tried to help him realize that Chloe Lane (Nadia Bjorlin) might have been telling the truth that she and Brady hadn’t had sex on the conference table at Basic Black, which she believed when Chloe dropped Nicole Walker’s (Arianne Zucker) name!

Deviant behavior and possible mental illness very possibly could be a doorway to the devil when Satan leaves Marlena Evans (Deidre Hall) and looks for a new home, Ciara Weston’s (Victoria Konefal) not quite being ready to move into just yet! Once Satan jumps into Philip, his rage when he pulled his and Chloe’s tree out of the ground will be nothing!

Days of Our Lives viewers will recall the mischief that MarDevil’s made in just the last couple of Days of Our Lives episodes. MarDevil became SteveDevil for a few minutes when she turned herself into a duplicate Steve Johnson (Stephen Nichols) long enough to knock out Kayla Johnson (Mary Beth Evans) and steal her master key card to get into the room where Jan Spears (Heather Lindell) laid in a coma!

MarDevil turns her into a duplicate of Belle Brady (Martha Madison) with no help at all from Dr. Wilhelm Rolf (Will Utay) and his masks! She’s a close enough duplicate that she even gets Shawn Brady (Brandon Beemer) in bed with her for the real Belle to walk in on! On the way out, MarDevil knocked out Tripp Johnson (Lucas Adams) and then turned him into a duplicate of Jan, putting “Jan” into a coma! MarDevil will have no problem accessing Philip’s soul, and actually could already be enough of an influence to drive him to devilish behavior! 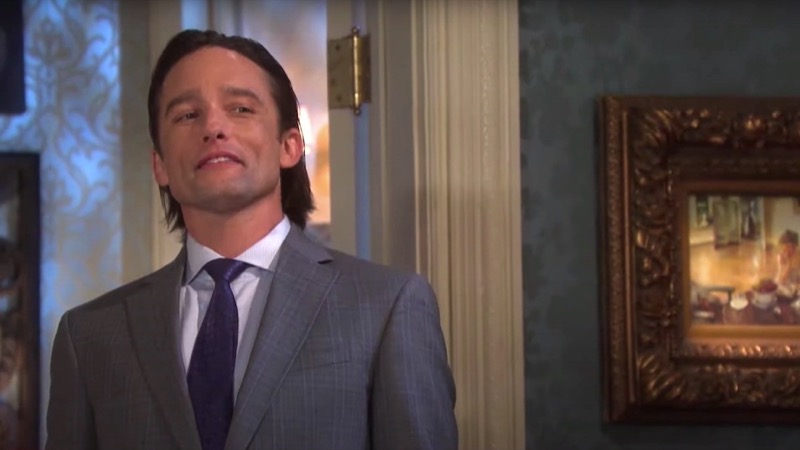 Days of Our Lives viewers know that there are plenty of hints of what might be ahead even though some insider hints came out as well, suggesting that Philip will be possessed. Back a few months ago in a September Days of Our Lives episode Gabi Hernandez (Camila Banus) and Jake DiMera (Brandon Barash) had a conversation where they said Philip was acting as a man possessed! MarDevil called Jan one of her best workers, and Philip is almost to Jan’s level right now – his insane jealousy also reminds longtime Days of Our Lives viewers of when Claire Brady (Isabel Durant) was insanely jealous and almost burned up her cousin in a fire!

In her case, she was mentally ill, but Satan wasn’t in Salem at the time, either! It’s possible that there may be a demon in Philip already – an under soldier of Satan himself that does his bidding. Days of Our Lives viewers will recall when Gabriel, or “Gabe” (Mark Colson) who is the angel Gabriel came to the Horton cabin when MarDevil was hiding with Ciara and Ben Weston (Robert Scott Wilson), that the cabin is near the river where Philip’s prosthetic leg was dredged up, and Gabriel mentioned that the river was desecrated – that could be because he already knew that Philip was influenced by Satan and possibly inhabited by one of his minions!