Days Of Our Lives (DOOL) Spoilers: Philip Has An Ultimatum For Gabi 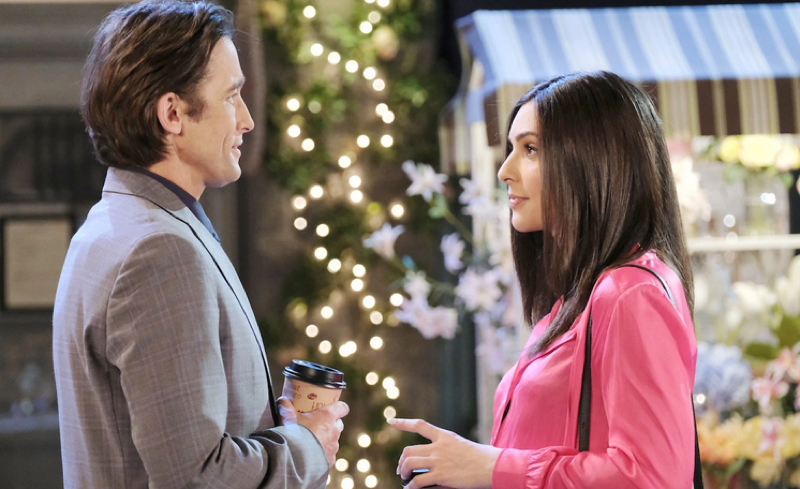 Days of Our Lives (DOOL) spoilers and updates tease that Philip Kiriakis (Jay Kenneth Johnson) will have an ultimatum for Gabi Hernandez (Camila Banus) in an upcoming episode of Days of Our Lives!

Days of Our Lives viewers will recall that after finding out that Jake DiMera (Brandon Barash) and Gabi tried to take Philip down, he teamed up with Ava to take them down! Days of Our Lives viewers remember that Gabi put a keylogger on Philip’s computer and then blame shifted the crime to Brady Black, (Eric Martsolf) who Philip was much too easy to blame.

Gabi knew of the romantic competition that had gone on for years between Brady and Philip over Chloe Lane (Nadia Bjorlin) and took full advantage of it. After talking to Brady, however, Philip realized that the culprit had been Gabi all along, and a little later showed up at the Hernandez house where he talked to Ava. Ava was anxious to get the couple out of Rafe Hernandez’s (Galen Gering) house where she and Rafe have been living together because of Gabi’s interference in her relationship with Rafe.

Ava had also known something about Jake’s past in Philadelphia, Pennsylvania, and got some really bad dirt on Jake from her cousin Angelo Vitali (Angelo Tiffe). Days of Our Lives viewers know that it was generally known in Salem that Jake had been involved with the mob and was running from them when he came, but now they know he was a hitman! Days of Our Lives viewers know that having proof someone was a hitman for the mob is a lot more serious than his saying he was running from the mob and trying to get out of it! In other words, Jake was much more involved than he claimed, and he may even be good back in Philly for a bunch of unsolved murders!

Philip and Ava discuss how to use this information – Ava doesn’t want Rafe to know she hates his little sister enough to dig up dirt, but she can feign concern over her being involved with a former hitman! Philip decides that “concern” provides him with the perfect ultimatum to give Gabi! 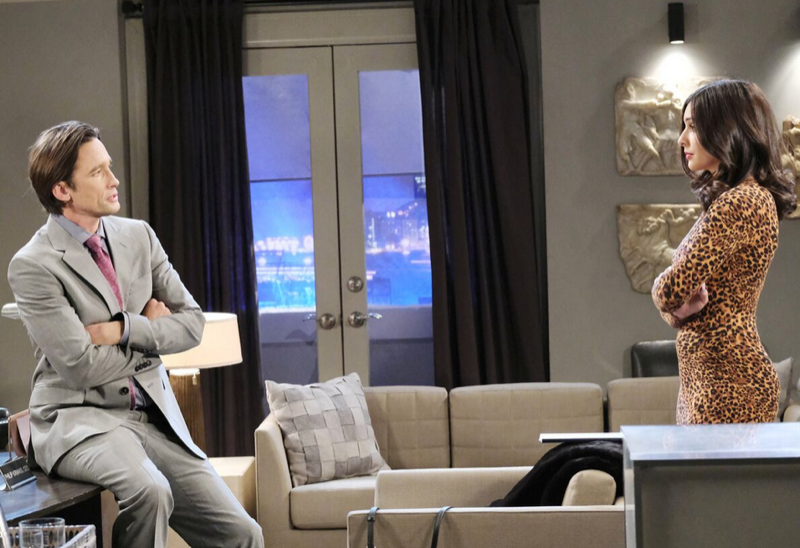 Days of Our Lives viewers know that Philip wants Gabi and Jake to not be a problem for him regarding Titan. Gabi wants her company and storefront Gabi Chic back, but unfortunately, the storefront is a ship that has sailed. Jake and Gabi have been thrown out of DiMera Enterprises and hope to worm their way into Titan, but Days of Our Lives viewers know it’s not going to happen – not if Philip has anything to do with it!

Philip decides to use Ava’s information to give Gabi an ultimatum with Ava threatening to give the information to Rafe. They both know that Rafe is not going to want his little sister continuing to canoodle with a former hitman for the mob, and Philip warns Gabi that he will expose Jake’s past and the proof he has to Rafe if she doesn’t back down. Ava threatens to sit Rafe down separately and tell him what she has found out from her cousin about Jake and will encourage him to contact the Philadelphia authorities to check the intel out. Philip tells Gabi that she and Jake need to hit the road where both Titan and Basic Black are concerned!

General Hospital (GH) Spoilers: Harmony On The Way To A Better Life