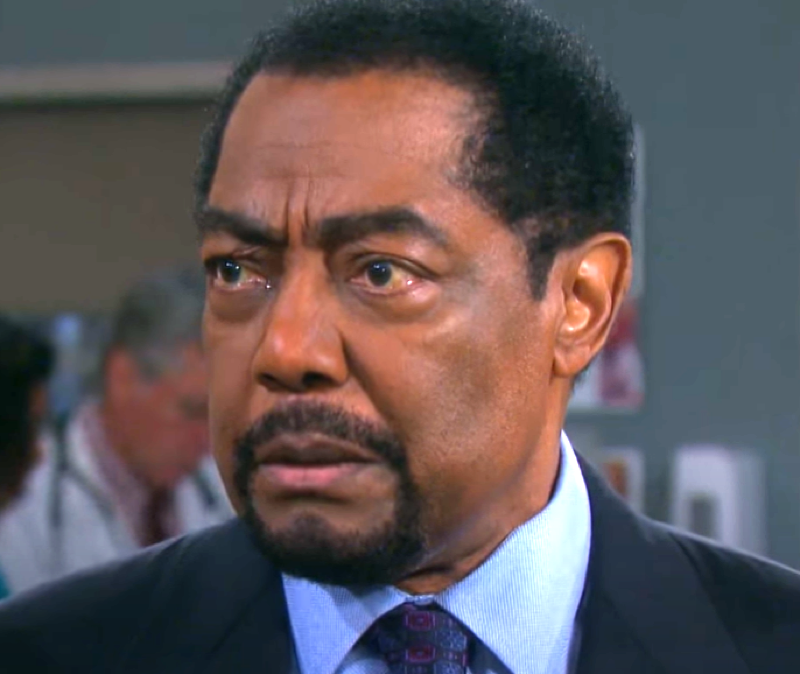 Days of Our Lives spoilers (DOOL) spoilers and updates tease that Abe Carver (James Reynolds ) will be shot in a showdown between Jake DiMera (Brandon Barash) and Jake’s old Philly associate Carmine (Richard Stevens) in an upcoming episode of Days of Our Lives!

Days of Our Lives viewers will recall that in a fight fire with fire scenario, Ava Vitali (Tamara Braun) had dug up some past mob dirt on Jake DiMera from her cousin Angelo Vitali (Angelo Tiffe) to help Philip Kiriakis (Jay Kenneth Johnson). Ava had found out that Jake was once a hitman and also worked a protection racket, where the mob would provide protection to businesses in exchange for money.

Philip had traveled to Philadelphia and had dug up Jake’s old protection racket partner, Carmine, and got Carmine’s side of a story in which an owner of a bar, Jed Zanetti (uncast character) was killed by Jake. Philip confronted Jake with what he knew while Ava and Gabi Hernandez (Camila Banus) argued and Gabi found out about the hitman’s past. Days of Our Lives viewers will recall that when Jake, then Jake Lambert had shown up in Salem he had been running from the mob in Philadelphia. Jake told his side of the story to Gabi and how it was Carmine who beat Zanetti to death and Jake had tried to stop him!

Of course, Days of Our Lives viewers can guess that when Philip came snooping around Philly and talked to Carmine, Carmine got a little nervous. For all Carmine knew, maybe this Philip guy was an undercover cop or something so of course, he lied and blame shifted the murder to Jake! Carmine knows that Jake could testify against him, so it doesn’t take a genius to figure that he’ll want to take Jake out – and fast! But in the meanwhile, Jake could go to prison because of Philip’s leverage, and he’ll turn him in himself if Gabi doesn’t hand her company Gabi Chic over to Philip! 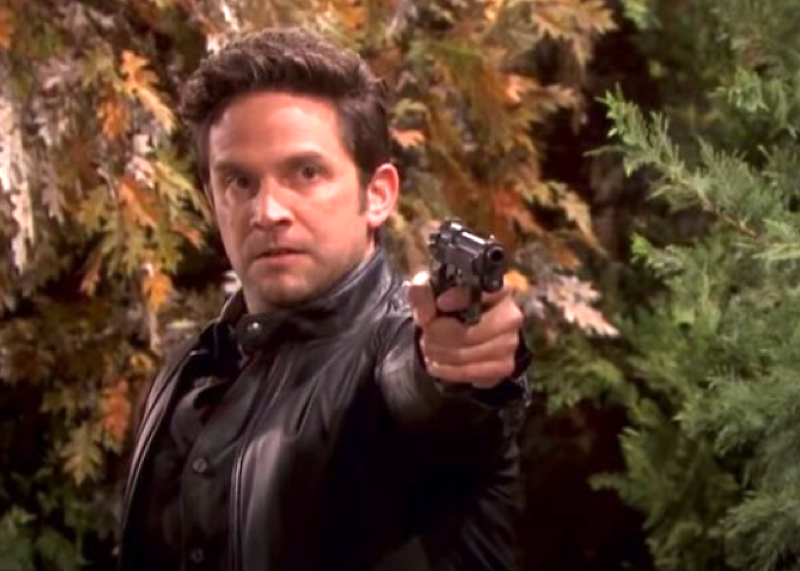 However, as Jake considers that Carmine may make a move against him, he decides he’d better act first and Days of Our Lives viewers will see Jake threaten Carmine, who’s showed up in Salem, with a gun! In the process, Carmine will make some kind of trouble for Abe, who’ll be in the wrong place at the wrong time. Perhaps Philip told Carmine about “Gabi Chic” which now houses “Sweet Bits Bakery” run by Abe’s fiancée’s daughter Chanel Dupree (Raven Bowens) and her friend Allie Horton (Lindsay Arnold). Or, it could simply be a coincidence that Abe is in the area when Jake and Carmine have their shootout!

Abe Carver Is Caught In The Crossfire

Longtime Days of Our Lives viewers know that Abe was a policeman himself who worked his way up the ranks and now is out of the police business but is the mayor of Salem. Perhaps as he’s out and about he hears Jake and Carmine arguing and his old cop instincts kick in and he goes to investigate! However he winds up in the wrong place at the wrong time,

Abe is caught in the crossfire and takes a bullet and collapses! Days of Our Lives viewers know that Carmine showing up and Abe being shot could be a set up by Philip or Philip and Ava as well, to make sure that Jake is arrested for a crime, and as he tends to Abe, Carmine could likely get away unless Jake shot him first! Either way, this scenario will end with Abe in the hospital and Jake under arrest!