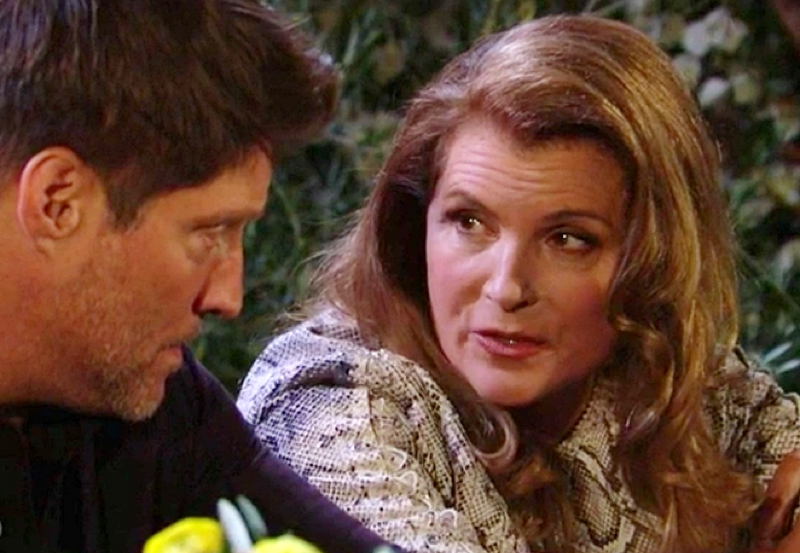 The Bold and the Beautiful (B&B) spoilers and updates tease that Deacon Sharpe (Sean Kanan) may make a deal with the devil.

Deacon is back to shake things up for B&B’s core families. Already he’s causing issues for his daughter Hope Logan (Annika Noelle) and Liam Spencer (Scott Clifton). He may do more damage if he partners with another B&B villain.

The Bold And The Beautiful Spoilers – Deacon Sharpe And Sheila Carter Join Forces?

Although Hope welcomed her dad with open arms, Liam and the rest of the family weren’t enthusiastic about his arrival. Liam along with Brooke Logan (Katherine Kelly Lang) and Ridge Forrester (Thorsten Kaye) have made it known they don’t want Deacon anywhere near Hope.

Being kept away from his daughter and grandchildren is upsetting to Deacon. One person who understands Deacon’s dilemma is Sheila Carter (Kimberlin Brown).

Since Sheila’s return, she’s wanted to connect with her son Dr. John “Finn” Finnegan (Tanner Novlan) and get to know her grandson Hayes Finnegan (Samantha Worden). Yet, Finn’s wife Steffy Forrester (Jacqueline MacInnes Wood) has forbidden him from having any contact with her. Despite Finn’s desire to get to know Sheila, he’s siding with Steffy in the matter.

With the Forresters not allowing them anywhere near their children, Sheila and Deacon are furious. Yet, Sheila’s not going to let them get away with this. She knows if the two work together they can take down the Forresters. 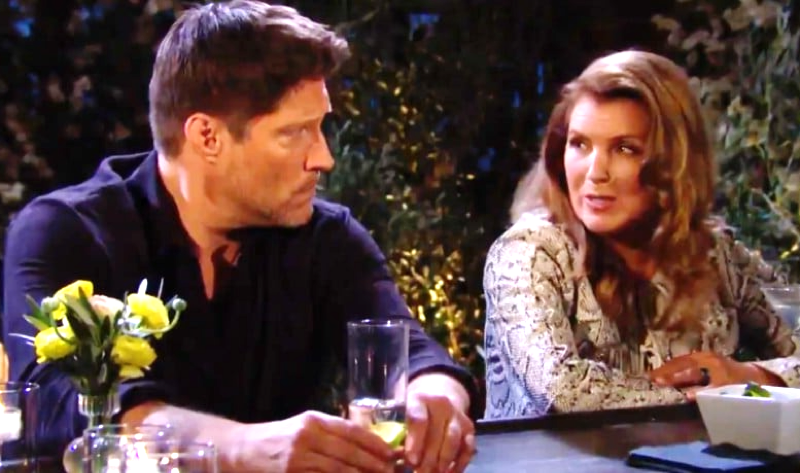 Although Deacon’s reluctant at first, he’ll eventually team up with Sheila. He knows how judgmental the Forresters and Logans are. Even though Deacon’s committed misdeeds and was in prison, all he wants is a second chance. Yet, others still view him as a bad guy.

The Forresters have done worse stuff than him, yet they want to focus on his past. Realizing that nothing’s changed with the family, Deacon agrees to team up with Sheila.

Sheila’s main concern is removing Steffy from Finn’s life. With her out of the picture, Sheila will have a chance to bond with her son. In order to do that, Sheila will be using Deacon’s daughter.

Will Deacon Sharpe Regret His Decision?

Sheila’s plan for revenge will involve splitting up Steffy and Finn. Seeing how close Finn has become with Hope, Sheila will plot to push those two together. Finn and Steffy have martial issues, and Hope and Liam are at odds over Deacon.

With both couples experiencing problems, Sheila sees this as the perfect opportunity to unite Finn and Hope. In her opinion, Hope’s a better match for Finn because she understands his situation with Steffy and Sheila.

Liam isn’t Deacon’s biggest supporter, and Mr. Sharpe is no doubt going to have issues with his son-in-law. Although Deacon may be onboard with Sheila’s plan, will he have regrets?

Deacon wants Hope to be happy and Liam’s the man who brings her joy. Yet with him around, it’s preventing Deacon from bonding with Hope. As much as Deacon wants to be in Hope’s life, he also doesn’t want to be the cause of her heartache.