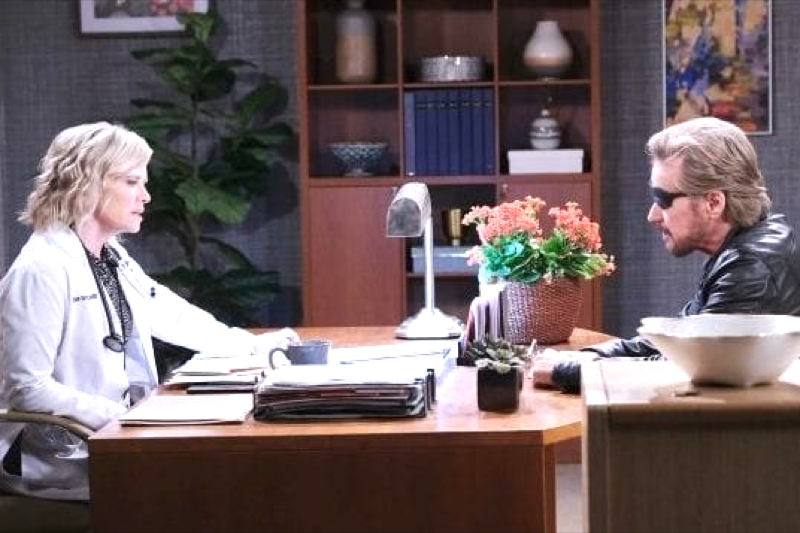 Days of Our Lives (DOOL) spoilers and updates tease that Steve and Kayla Johnson (Stephen Nichols, Mary Beth Evans) will team up to drag the truth out of EJ DiMera (Dan Feurreriegel) in an upcoming episode of Days of Our Lives!

Days Of Our Lives Spoilers – Two People Are Missing From Salem

The fake Sarah Horton, which was Kristen, dumped Xander Cook (Paul Telfer) on their wedding night, breaking his heart, and unexpectedly ran off with Rex Brady (Kyle Lowder) only to dump Rex. With Sarah’s mother, Maggie Kiriakis (Suzanne Rogers) having returned from California after caring for her other daughter Summer Townsend (Marie Wilson) who died from liver disease, no one can blame Maggie for wanting to find out where Sarah is – she’s her only living child. At least she hopes she’s living! The other missing person is Sami DiMera (Alison Sweeney). She was kidnapped from in front of Rafe Hernandez’s (Galen Gering) home after EJ kicked her out of the DiMera Mansion! 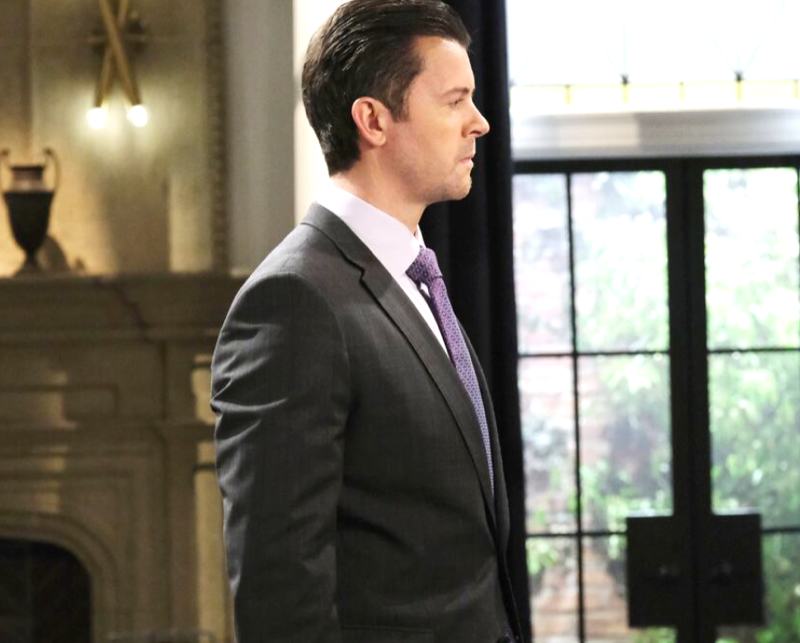 Days of Our Lives viewers know that although finding Kristen is Steve’s assignment, the missing Sami is Kayla’s niece! She has become aware that no one has heard from Sami in months, and Johnny DiMera (Carson Boatman) has reported she isn’t responding to text messages or answering his calls. Days of Our Lives viewers know he was going to make a movie of her life and then changed the focus to making his movie about Marlena Evans’ (Deidre Hall) possession. Currently, Marlena has a devil of a problem she’s trying to deal with, but before that happened, she hadn’t heard anything from Sami in ages either. All clues lead to EJ as the man with the answers, both in the location of Kristen and the location of Sami! Days of Our Lives viewers will recall EJ is also involved in some rather unethical dealings as an attorney, which is his trade other than being CEO of DiMera Enterprises. He’s been suspected of lining the pockets of a sitting judge, Judge Richard Smails (Richard Steinmetz) in Salem but so far no one has been able to prove it! Steve and Kayla bear down on EJ to get to the truth!

Days of Our Lives viewers will recall EJ has an overblown sense of entitlement and will likely not take kindly to Steve and Kayla’s suspicions and questions. EJ knows he doesn’t have to answer any of their questions and will probably cite the law to them. If they don’t have a warrant they cannot search the premises and if they don’t have probable cause they cannot get a warrant. Days of Our Lives viewers know that the petulant, power-playing EJ’s initials may as well stand for “Entitled Jerk” because most of the time that is what he acts like, and in regards to Steve and Kayla’s questions, he’s being an evasive jerk! They may have to stoop to DiMera’s tactics and find some dirt to leverage him with to get any intel out of him!