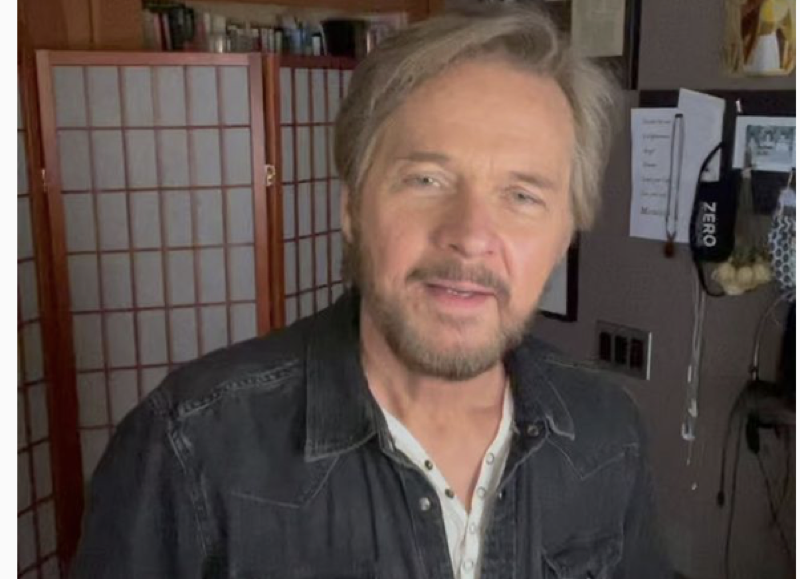 Days of Our Lives (DOOL) Steve Johnson (Stephen Nichols) may not be articulate when it comes to touching words but the actor Stephen is in a class by himself. Stephen has penned a touching tribute to his late sister. Here is what he had to say on the one-year anniversary of her death December 10.

Days of Our Lives’ Stephen posted a video featuring a piano-playing Bookends by Simon and Garfunkel. The video montage has several photos of the sibling together in various activities that show just how close they were. Alone with the video, Stephen posted this message to his sister: “One year ago today my dear sister passed away. I have found more acceptance, but still can’t believe she’s gone. In the year since Penny’s passing, I’ve been able to reflect, on a deeper level, on just how much she meant to me and how she impacted my life.

In fact, Penny saved my life when we were small children. I can only say, don’t wait. Do this now. Cherish every moment with your loved ones before they are gone. I miss her terribly and because I’m always thinking of her, she is with me every day, teaching me. I am taking the best of who she was and learning to be a better person. Penny, you are in my heart always and forever. Thank you.Love, Steve.” Stephen was obviously very close to his sister and misses her very much. Stephen’s beautiful post touched the hearts of several fans who also replied offering kind words to the actor. Stephen’s post hits home for a lot of people who have lost a loved one.

Days Of Our Lives – Steve Johnson Has Changed

Days of Our Lives Steve has changed a lot over the years as well. When Steve first came to Salem he was hellbent on revenge and would terrorize anyone for a buck. However, once Steve met Kayla Brady (Mary Beth Evans) he wanted to change. Unfortunately, change often takes time and Steve and Kayla have broken up a few times over his lack of empathy for her feelings and simply taking her for granted. Perhaps Steve has simply mellowed after all these years and finally realizes what he has to lose. After all, Kayla was there trying to save him when he thought he was Stephano Dimera (ex-Joe Mascolo). Hopefully, Steve and Kayla are in it for the long haul this time.

Our sympathy goes out to Stephen as he continues to deal with the loss of his sister. Stephen can be seen on Days of Our Lives which airs on NBC daily. Of course, streaming is available on Peacock as well.