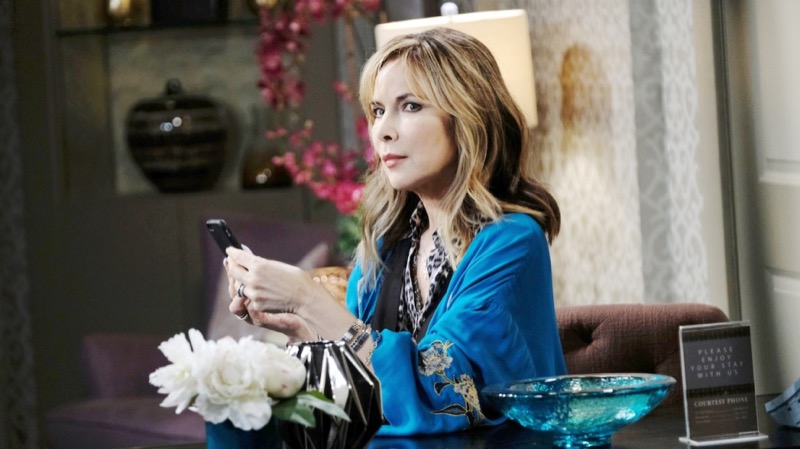 Days of Our Lives (DOOL) spoilers and rumors tease that Kate DiMera (Lauren Koslow) will hide her son with Victor Kiriakis, (John Aniston) Philip Kiriakis (Jay Kenneth Johnson) by committing him to a mental health facility outside of Salem in the upcoming episodes of Days of Our Lives!

Days Of Our Lives Spoilers – Kate DiMera Noticed That Not Only Was Philip Kiriakis Not Himself, But He Needs Mental Health Help

Longtime Days of Our Lives viewers will recall that when Kate came to Salem years ago, she was a former patient of Dr. Marlena Evans (Deidre Hall) who came to work for Victor at Titan Publishing. Having received therapy and psychiatric care herself years ago, she can tell that there is something terribly wrong with Philip emotionally and mentally. He has become so paranoid and insanely jealous over Chloe Lane (Nadia Bjorlin) he faked his own death and framed Brady Black (Eric Martsolf) for it!

Days of Our Lives viewers will recall that prior to Kate, and later his older half-brother Lucas Horton (Bryan Datillo) discovering he was alive and faking his death, District Attorney Melinda Trask (Tina Huang) had forced Kate and Victor to have Philip declared dead so she could move forward with Brady’s arrest and prosecution! Once Kate found him in her room, she tried to help him see the error of his judgment, and that Chloe and Brady hadn’t had sex on a conference table at Basic Black – there was a misunderstanding. They were talking about Nicole Walker (Arianne Zucker) and Rafe Hernandez (Galen Gering) although Chloe didn’t tell Kate who the man was. Kate realized Philip needs mental health help and quick!

Days Of Our Lives Updates – Kate Dimera Calls Belle Black, And Asks Her To Come To The Kiriakis Mansion

Days of Our Lives viewers will recall that Kate went immediately to Victor to tell him Philip was alive and stressed that he needed mental health care immediately! However, Victor was reticent because Brady was still being held at the Salem Police Department charged with Philip’s murder! Kate explained about Philip framing Brady and the lengths he had gone to, and Victor realized they had to do something. After some discussion, she called Belle Brady (Martha Madison) to come over and she and Victor told Belle to undo the declaration of death because it was premature – Kate felt in her heart that Philip was still alive somewhere, and Belle was somewhat taken aback – but was glad to undo it. This got Brady out of trouble for the most part, because as Victor said, nobody, no murder case! They’d just have to deal with Trask’s temper tantrum which they knew was on the way! Days of Our Lives viewers then saw Kate continue to plead with Victor about getting Philip the help he so desperately needs! 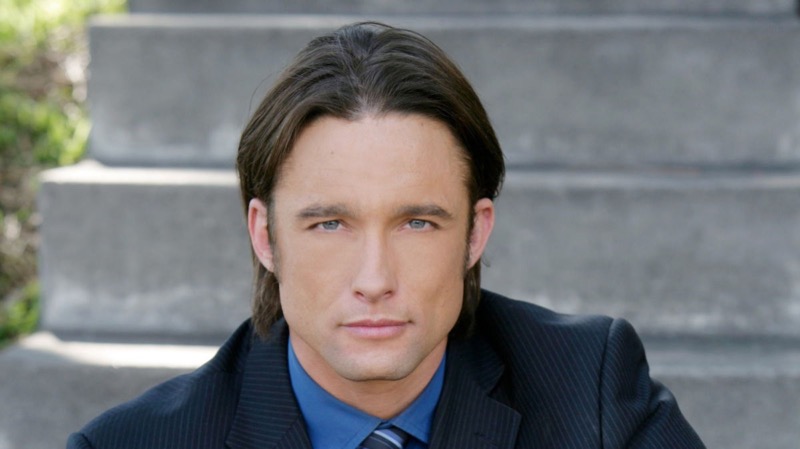 Days of Our Lives viewers know that Kate and Victor won’t want to put Philip in Bayview – that’s too local, and too many people they know could find out he’s alive. There is still the issue of an investigation that Belle shared with them, but she and Shawn Brady (Brandon Beemer) feel it was Kristen DiMera (Stacy Haiduk) that framed Brady out of revenge for breaking up with him and keeping their daughter from her! Since Kristen’s on the run, there isn’t likely to be any blowback from her, at least not right away!

Another good reason for putting Philip in a facility outside of Salem is that Marlena is currently possessed – Philip’s got enough problems without MarDevil coming after him! Philip seemed to have come back to himself when talking with Lucas and realized how he’d screwed up, but Victor, Kate, and Philip have to think about what might happen if Kristen comes back and provides proof that she wasn’t the one who framed Brady! Days of Our Lives viewers know that at the best, Philip might have a defense of insanity, and that will be backed up by some time in a facility or psych ward of a hospital!