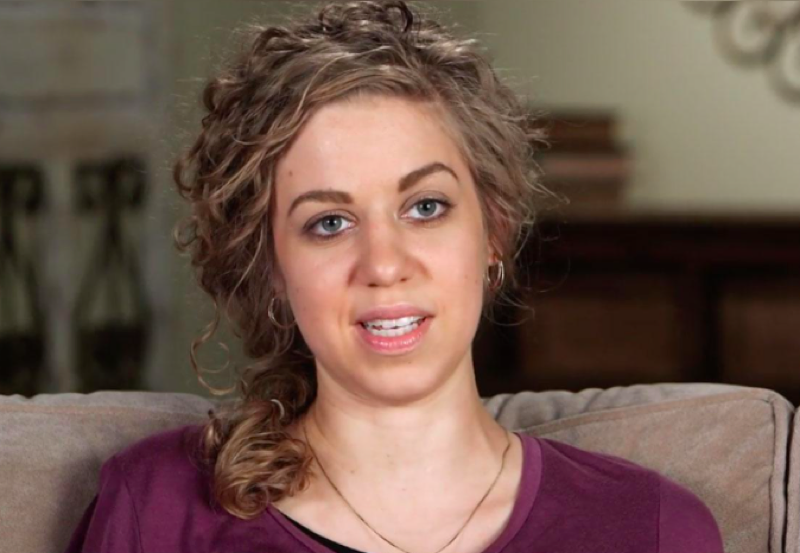 Counting On alums Abbie and John Duggar seem rather private and don’t really put themselves out in the public eye very much. So, how come they ended up in rumors that speculate about Abbie’s health? Actually, Even @thefundiesnarkiesnark subreddit members seemed unimpressed with the rumor, and the admin took the photo down. However, it sparked rumors on Instagram.

Counting On Fans Speculate On New Photo Of Abbie Duggar

Right now, many of the Duggar family members seem a lot quieter on social media. In fact, they no longer have a show to promote, so why not? Additionally, some of them might fear backlash because Josh was convicted. Well, Abbie and John Duggar always kept a bit more to themselves. TLC fans like the couple, and they hope that she expects another baby.

Occasionally, they post up a photo or two. Last year, TLC fans raved about a photo that the Counting On couple shared of their daughter Gracie Duggar. Other news that emerged revealed that the couple was in a plane crash. Well, it turned out that John was flying the plane when they needed to make an emergency landing. Rumors emerged via sources who suggested that Jim Bob sold his plane as he no longer trusts John to fly. Now, new rumors emerge and more speculation runs around social media.

Is Counting On Alum Abbie Duggar In A Wheelchair?

Katie Joy of Without A Crystal Ball shared a photo of someone who might be Abbie. She said it came directly from a  source who lives in Springdale, Arkansas. In her caption, she explained, “One of my followers sent me a photo of Abbie Duggar at Rhea Lana’s presale event in Arkansas this week.” Then she added, “She was with John and seen in a wheelchair. They didn’t get a photograph of her face. But assured me this is her.”

The news didn’t last long on Reddit, where fans slammed people who share that sort of thing. Supportive, some of them felt it was nobody else’s business. Anyway, fans chatted about it on Katie Joys’ post. Some Counting On fans immediately speculated that she injured herself in the plane crash. However, others noticed that she seems fine at Christmas. Meanwhile, a few folks seemed uncertain it was actually Abbie in the photo.

Some Counting On fans thought that maybe using the wheelchair confirmed rumors that she might be pregnant again. Some of them speculated that if people feel ill enough during pregnancy, a chair might be useful. Meanwhile, others noted that even twisting an ankle might see people sitting down rather than walking.