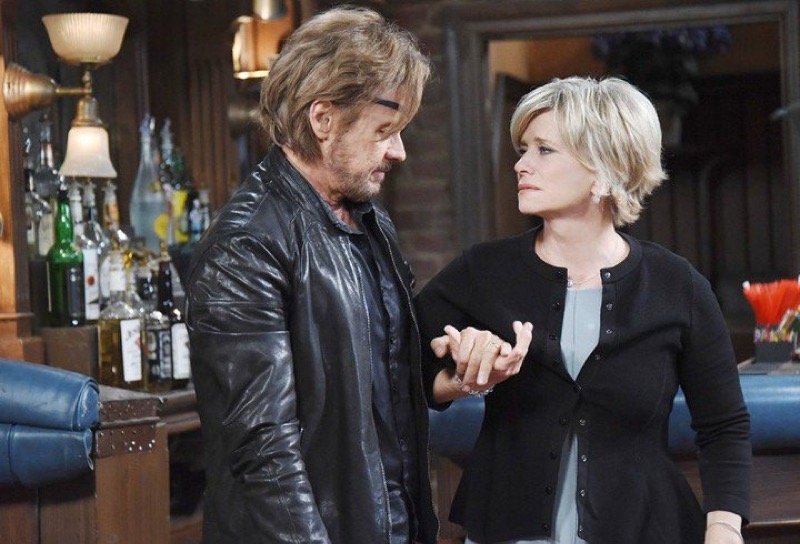 Days of Our Lives (DOOL) spoilers and updates tease that Kayla and Steve Johnson (Mary Beth Evans, Stephen Nichols) will be stunned when they encounter Sarah Horton (Linsey Godfrey) and she tells them her story in an upcoming episode of Days of Our Lives!

Days of Our Lives viewers will remember that Sarah has been on this island for a long time, and not always with Kristen DiMera (Stacy Haiduk) there to take care of her. Days of Our Lives will remember that Kristen had impersonated Sarah when she went on the run and had shot her up with a syringe full of the same substance that made Abigail DiMera (Marci Miller) psychotic. Abigail was psychotic for over a year by ingesting a few drops of the drug in a drink, imagine what a syringe full in the bloodstream must have done to Sarah! Sarah was pretty woozy and out of it when Days of Our Lives viewers saw Kristen stuff her into that steamer trunk and roll her away to Ned Grainger’s (Chris Kalhoon) plane for a trip to the island! Viewers also noticed that Sarah was rather in a dream world and childlike as Kristen tried to give her a piece of peach pie, her favorite – Kristen was definitely treating Sarah as a child.

Days of Our Lives viewers will recall that Steve and Kayla found themselves on the island after being kidnapped from the Italian convent where they discovered Kristen after they infiltrated it. Kristen had cruelly gaslighted Kayla, making her believe that she had killed Steve – Days of Our Lives viewers later discovered Steve had been put in a trunk-like Sarah had been! “Father Nichols” and “Sister Mary Elizabeth” found themselves in an old storage bunker on the island and perhaps Sarah’s deciding to take action leads to their escape, as Abigail distracts Kristen by turning the tables on her! Steve and Kayla’s paths don’t appear to cross with Abigail’s, but they will have a strange encounter with Sarah and hear a very strange story, possibly made stranger by the continuing effects of the injection! What Sarah tells them may be part of true memory, but it is just as likely to be riddled with hallucinations, and it’s possible Kristen is still drugging her food! 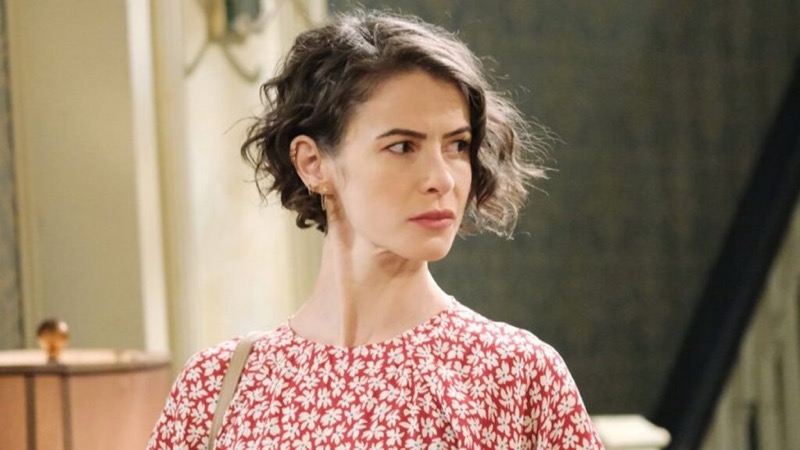 Days Of Our Lives Spoilers – Sarah Horton Keeps Talking About “Him” But Is It Xander Cook Or Not?

Days of Our Lives viewers have noticed that Sarah keeps talking about “him” and having to get back to “him” but the question is, who is she talking about; Steve and Kayla ask how Sarah got there but she talks about “him”! It’s obvious to Steve and Kayla that either Sarah has been drugged and is still being drugged, or she is hallucinating, or perhaps she’s been hypnotized and she cannot answer their questions with her full mental facilities.

Days of Our Lives viewers will be as puzzled as Steve and Kayla are when Sarah keeps talking about someone who needs her – Sarah is obviously not in her right mind, as the Sarah they knew was a feisty fighter, not a fearful child. Sarah remembers someone but not his name, not their relationship, but acting like a child who’s lost her playmate and wants to protect him-but she knows who Kristen is when they ask, just not any details about how she got to the island!