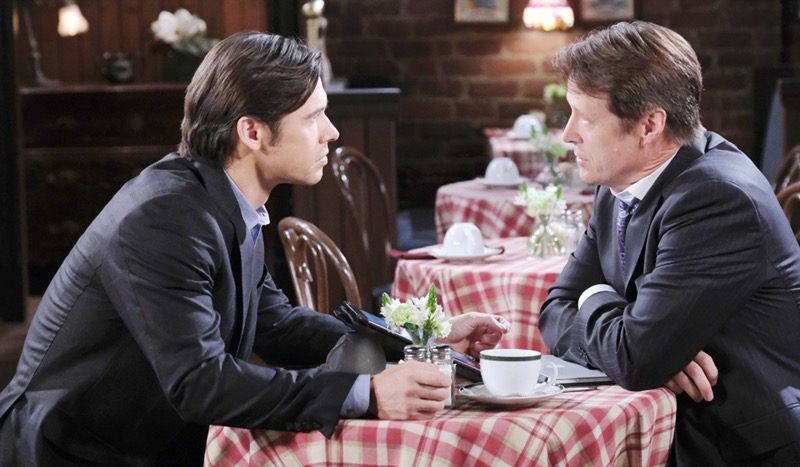 Days of Our Lives (DOOL) spoilers and updates tease that Jack Deveraux (Matthew Ashford) will tell Xander Cook (Paul Telfer) that the real Sarah Horton (Linsey Godfrey) is back home in Salem – but as Days of Our Lives viewers know, she’s not herself!

Days of Our Lives viewers will recall that Sarah got a syringe full of the same psychosis-inducing drug straight into her bloodstream that Abigail DiMera (Marci Miller) got as two drops in a drink! Days of Our Lives viewers will remember that Abigail suffered psychosis for several months and was in treatment in a facility in Florida that Chad DiMera (Billy Flynn) had found, while their children stayed with grandparents Jack and Jennifer Deveraux (Melissa Reeves). Abigail felt a little bit guilty when she found this out from Kristen DiMera (Stacy Haiduk) while her prisoner on the island, along with Sarah and Patch and Kayla Johnson (Stephen Nichols, Mary Beth Evans). It had been the same syringe that Abigail had threatened Gwen Rizchech (Emily O’Brien) with when Gabi Hernandez (Camila Banus) helped her lock her up in the DiMera wine cellar! Jack explains to Xander that while Sarah has been rescued and is home in Salem, she’s not herself – in fact, she believes she’s someone else!

Days Of Our Lives Updates – Xander Cook Knew Of This Island

Days of Our Lives viewers can imagine that Xander will be shocked when Jack explains where Sarah has been all these months, longtime Days of Our Lives viewers will remember that Xander used to be Kristen’s henchman and he knew of this island! It is the same island where Tony DiMera (Thaao Penghlis) was imprisoned for all those years that Andre DiMera (Thaao Penghlis) was impersonating him, and Xander is even more shocked to find out Sarah believes she’s Renee DuMonde (Philece Sampler)! Jack explains what he knows – when Sarah arrived on the island after being sent there by Kristen, her mind was a blank slate from the drugs; she was given an old diary of Renee’s, and Sarah’s mind filled in its own blanks with Kristen’s encouragement! Xander wishes that somehow he could have figured all this out and rescued Sarah much earlier if only he’d known that the real Sarah was missing, but unfortunately he didn’t and there is one more reason for Xander to hate his former employer Kristen! 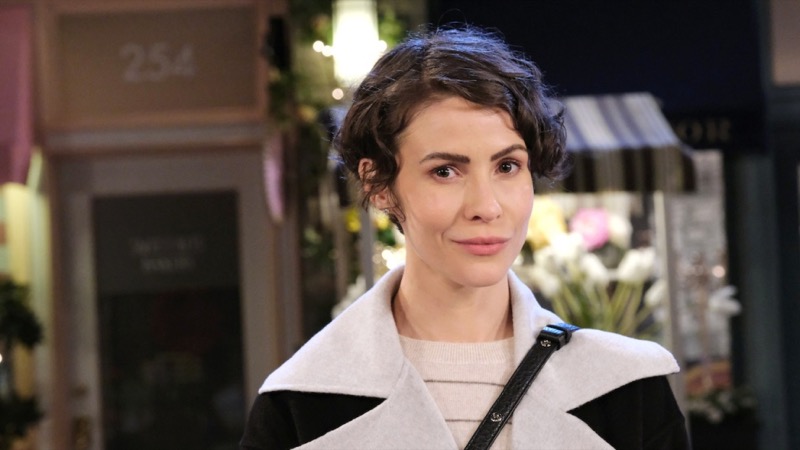 Days of Our Lives viewers know that Sarah is not in good shape, and who knows if any of Sarah is really left underneath her assumed persona as Renee – he explains what the drug did to Abigail and how Sarah is much more damaged by it. Days of Our Lives viewers can imagine that care was sought for Sarah as soon as the DiMera plane arrived with Chad, Tony, Abigail, and Sarah, and it may take a long time for her to regain who she was.

Xander of course will worry if Maggie Kiriakis (Suzanne Rogers) has been told and how she took the mixed good and bad news, and Jack tells her while Maggie was upset at Sarah’s state of mind, she’s glad at least she’s alive! Maggie was also advised that the best of care for Sarah was being sought, with perhaps starting with Marlena Evans (Deidre Hall) to get recommendations; it will likely be a long time before Sarah is back to being Sarah, if indeed, ever!