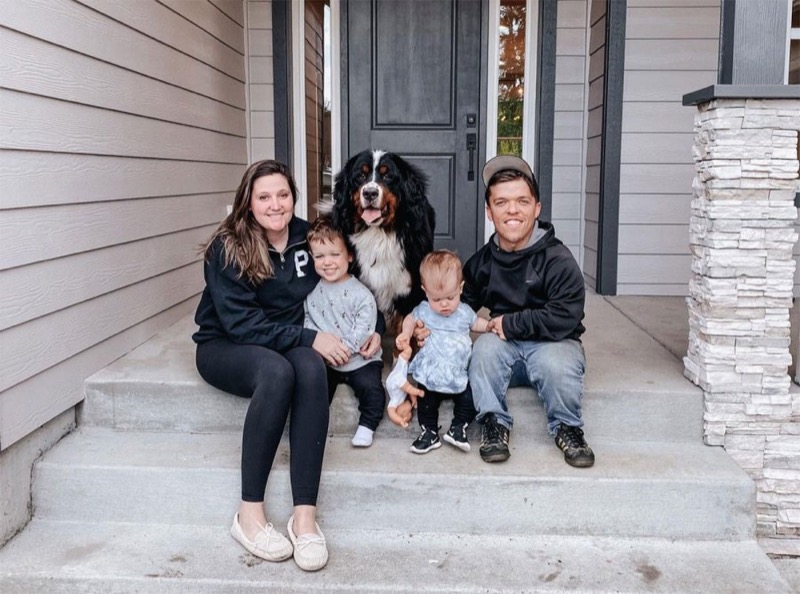 Little People, Big World (LPBW) spoilers revealed that Tori and Zach Roloff moved away from Portland, Oregon, and relocated to Washington. There, they live on a nice big property in the country. While they seem very happy there, she posted a recent clip on Instagram Stories that might make TLC fans wonder if it’s all that safe for little kids. As she shared it in her stories, fans were not able to comment. However, no doubt, if it came on her main page, helicopter parents would find something to say.

When Tori and Zach Roloff moved to Washington, it came as a big surprise for fans. Pretty much, nobody expected that Zach would give up working for his dad. Additionally, Tori has a lot of friends there and enjoyed going to the local church. Well, since they moved, she shared some nice scenes of the kids exploring with their dad. Plus, she revealed that Zach built a hen house, which Jackson probably enjoys. The wooded property and the little bits that fans saw of their house seem very nice. But, might there be some unsafe aspects?

LPBW fans know that Lilah is still a small toddler. Plus, Jackson is also struggling a little bit with his bowed legs. Soon, another sibling arrives, so three small kids will all live on the property. Plus, their huge doggie Murphy enjoys plenty of space to run around. Tori always says that Murphy protects the kids. And, some people with helicopter temperaments might be thankful for that after the latest clip they saw on February 28. While many TLC fans love Tori, she’s not immune to criticism from time to time.

LPBW: Is The Washington Property Safe?

Little People, Big World fans know that so far, the kids stayed safe down on the farm. There, mules and machinery, and working activities might present a hazard to little children. In fact, that might explain why Grandpa Matt always kept a close eye on the kids. Additionally, it might even explain why Tori and Zach opted to live off the farm. However you argue it, little kids on a working farm might run into danger if they wander off unsupervised. This week, Tori shared a photo of one of the kids on a bridge with no protective railings above a swollen stream. On the opposite bank,  Murhpy the dog ran around.

LPBW fans might not be able to make out the child completely covered up against the weather, but possibly, it was Jackson. Tori captioned it with, “I love my adventures!” And, TLC fans know Jackson’s up for almost any adventure and challenge. In the clip, Tori seemed quite far away from her kid. So, if he slipped and tottered over, that could present a problem.

When LPBW fans heard that Zach and Tori moved to Washington they feared they might never see the kids on their screens again. Well, they are still filming. Fans really hope to see all the kids growing up safe and well for many years to come.