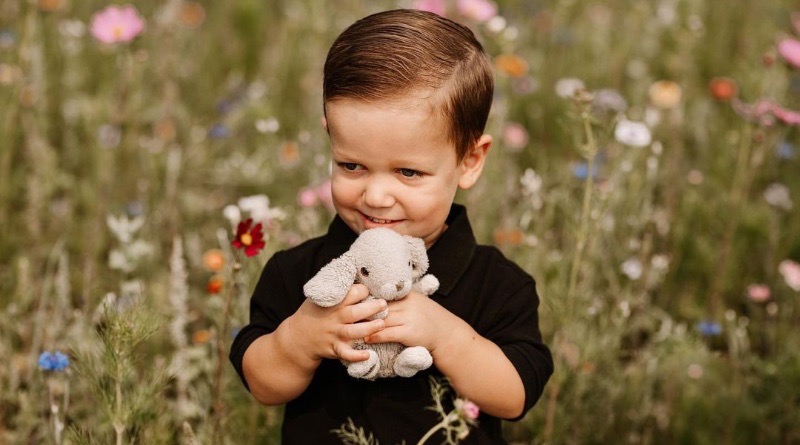 Little People, Big World spoilers, and updates revealed that Jackson Roloff loses none of his cuteness as he grows up. The brother of Lilah took it away this week when his mom Tori shared a photo of him looking like the cutest cowboy to ever ride across the state of Washington.

Wherever Jackson goes, he attracts people like a walking magnet. Actually, he’s not all that into being Mister Popular and in the past, TLC fans saw him overcome with stage fright during the opening ceremony at the Pumpkin Season agritainment event. Then, at the wedding of Jacob and Isabel, he froze. However, as he gets a bit older, the cute kid seems a lot more used to the limelight.

Little People, Big World fans watched him crawl, walk, toddle, and run. So they feel like he’s part of their own family. Now he nears five years old, they see him go off to school, or have adventures with his dad, Zach, or his huge puppy, Murphy. Soon he will be a big brother to another sibling. But one thing remains constant: his cuteness levels!

Taking to her Instagram on March 2, Tori posted up a photo of Jackson wearing a cowboy hat, a checked shirt, overalls, and a charming smile. Actually, he looks very much like Zach’s mini-me these days. Tori told her TLC fans that he dressed for the “first spirit day at school.”

Little People, Big World fans saw that Tori just loves to see her son excited about his experiences at school. At the same time though, she seems a little bit nostalgic for his baby days, saying that he’s growing so big already. Jill Dillard, formerly on Counting On, who raises two little boys arrived in the comments. She said, “oh my goodness,” putting up loving emojis.

Little People, Big World fans couldn’t help but notice how much Jackson Roloff resembles his dad these days. Meanwhile, the post quickly racked up thousands of loves and plenty of comments. Naturally, the word “cute” appeared dozens of times. After all, he makes for a very cute little cowboy, fans agree.

Meanwhile, a lot of people commented on what a handsome boy he is. Certainly, he looks to be a heartbreaker when he grows into a teenager.

One fan wrote, “seriously. He is off the hook cute.” Do you agree? Sound off your thoughts about the cutest little cowboy in Washington in the comments below.

Be sure to find out everything happening with the TLC cast. Come back here often for more Little People, Big World spoilers, news, and updates.