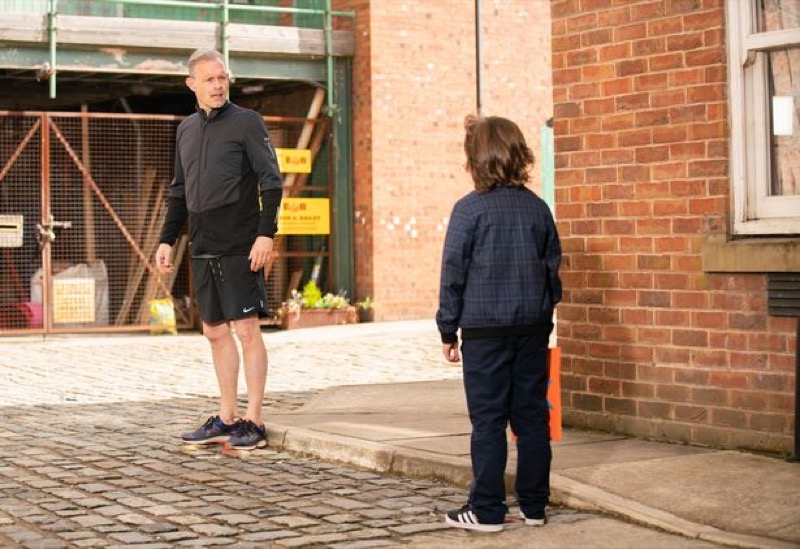 Coronation Street spoilers and updates tease that Nick and Sam’s redeeming story after the patriarch created a rift between him and his son for meddling in his obsession with chess.

There’s a bright side for Nick Tilsley (Ben Price) who wishes to win back Sam Blakeman (Jude Riordan) for he was upset at him for placing a ban because of his addiction to playing chess.

Nick was worried that this new hobby had taken over Sam’s academic and healing process and so he wanted him to stop but partner Leanne Battersby (Jane Danson) disagreed. Recently, Nick discovered ‌Sam continued having his secret lessons with Roy Cropper (David Neilson) at the local café which was supported by stepmom Leanne.

However, next week, Nick will admit he has been overprotective, but it isn’t enough to console an already upset Sam. Spoilers already revealed that Nick confides in Roy who informs him about the upcoming children’s chess tournament which he agrees to let Sam join.

But his good intention won’t make Sam lower his walls as the schoolboy demands Roy to take him to the match instead of his father. Although it’s painful for Nick, he listens to Sam’s request.

Nick won’t back down that easily and so he goes to support his son in every match. Although not an expert, he gives Sam some chess tactics as his boy advances to the grand final, convinced that Sam will outwit his final opponent, Jalena. Will Sam win this game? Or is he headed to another heartbreak?

Whether Sam wins or not is yet to be seen by the viewers, but one thing is for sure, the schoolboy gets smitten with his rival. Sam confesses to his playmate Hope (Isabella Flanagan) and Roy that he likes Jalena and the cafe owner suggests he lets his father Nick know.

Their relationship gets mended when Sam sits down with Nick to talk about his crush, which excites Nick as he guides his young son. Will Sam listen to his fatherly advice? 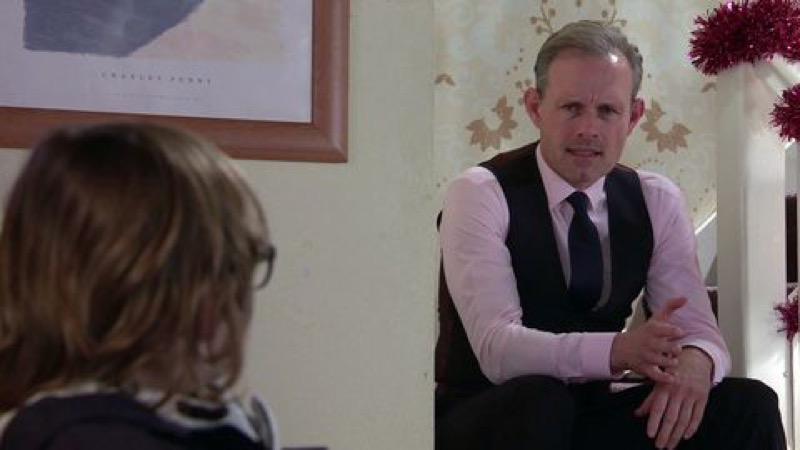 Corrie actor Ben Price has been very vocal in praising his on-screen son Jude Riordan. Ben called the rising star “brilliant” and he previously shared his conversation with the young actor in which he told Jude it’s actually him who’s keeping Ben in a job.

“He is fantastic and what is great is that he has his own mind and he knows what he wants to do. I am only interested in approaching working with him as an actor and equal. When we go to do the scenes we don’t over-talk it. He is very natural and instinctive,” he told Digital Spy.