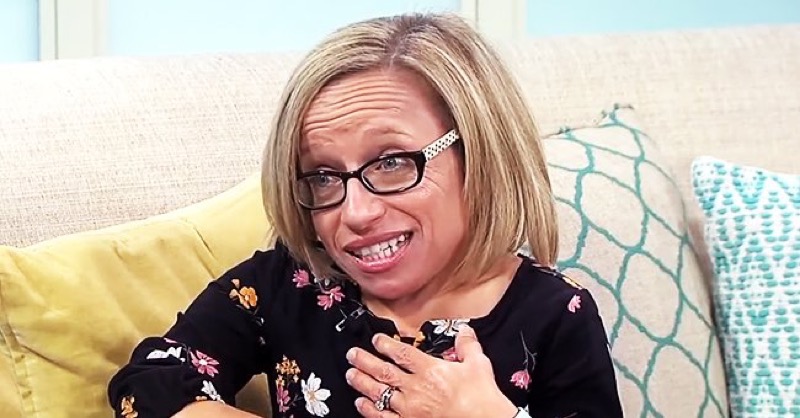 The Little Couple fans last saw Jen Arnold, Bill Klein, and the kids Zoey and Will in October 2019. TLC fans now fear that they might never see them on TV again. So, what happened in their lives in nearly two-and-a-half years? Bear in mind, some people who were teens already celebrated turning 21 since the last episode aired.

Whether the show ever returns or not is unclear. However, time in real-life moves on, and an obvious thing that happened was the coronavirus pandemic. In fact, many people wondered if that’s why they stopped filming. Often, Bill Klein revealed that he taught the kids at home during the lockdowns.

Since fans last saw Bill, he ran away from some yellow jackets, fell down, and injured himself. Because of the virus, he lived with discomfort and pain for some months. However, he finally underwent corrective surgery in October last year.

Other news from The Little Couple’s parents revealed that Dr. Jen’s mom had a heart scare. However, she seems okay now. Then, Will also visited the ER as he injured his arm. Jen didn’t say what the injury was, but fans thought he broke his arm.

Since fans last saw Will, he celebrated two birthdays. Fans missed him on their screens when he turned 10 and 11 and this month, he turns 12 years old.

The Little Couple – What Happened With Zoey?

While they were away from TLC, Zoey turned 10, and she enjoyed a special outing to a spa with her mom. Meanwhile, she carried on enjoying her horseriding. However, the stables closed down due to a lease issue. So, she found other interests like painting and artwork. Actually, people like her art and asked Jen if Zoey would consider selling some of her artwork.

As for The Little Couple’s mom, Dr. Jen spent a lot of time giving advice on social distancing, masks, and vaccinations. In fact, she couldn’t wait until Will turned 12 so he could get one. Recently, she shared that she celebrated being cancer-free on World Cancer Day.

You might recall that in the TLC show, she was very ill and at one stage, had to rush home for treatment. The doctor remains in the medical field, but she promised fans that big changes were on the way for the family. Fans hoped that she hinted that Season 13 might come along.

Massive Change For The Family

News about the massive change for The Little Couple family came via Screen Legion. at the end of January, the outlet reported that “Jennifer Arnold accepted a position at Boston Children’s Hospital relating to their Simulator Program.” Additionally, she now accepted a position at Harvard. So, it’s goodbye to Florida, and hello to New England.