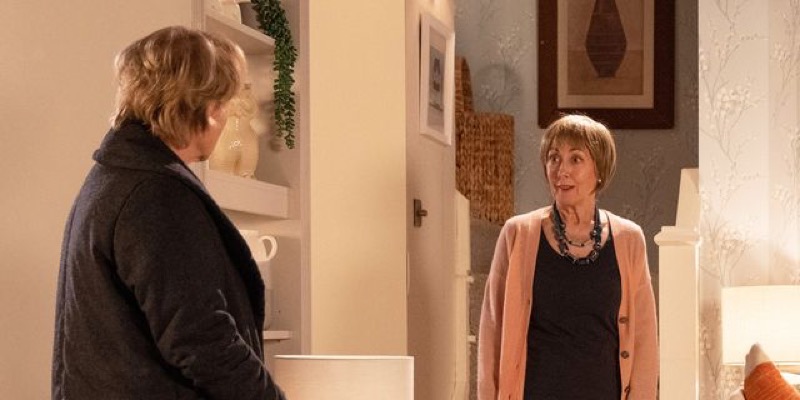 Coronation Street spoilers and updates tease that tensions arise once again between Sally Metcalfe (Sally Dynevor) and Elaine Jones (Paula Wilcox). Fans know that they have been living under the same roof as they both take care of Tim Metcalfe (Joe Duttline) but things are not going well between the two.

Two ladies, who are both important in Tim’s life, have been bickering over minor things such as the food that Tim eats and whether or not they should sleep together or not. But things are bound to get worse during their movie night.

Spoilers hint that things will remain the same when Sally tells Tim that they should play the game of landlords and tenants. She’ll be even furious when Elaine tells her that what Tim needs now is rest and not sex.

That’s not the end of it. Elaine will reveal that she plans to take a course on heart health, which will annoy Sally even more. This means Elaine will learn how to check Tim’s pulse. She won’t get the results right at first so she’ll recheck and the results turn out to be normal.

Is Elaine doing more harm than good as she stays with Sally and Tim? Will they ever get along?

Amy Barlow (Ellie Mulvaney) joins Jacob Hay (Jack James Ryan), Asha Alahan (Tanisha Gorey), Summer Spellman (Harriet Bibby), and Aadi Alahan (Adam Hussain), for a night out at a club in tow during Valentine’s Day. But what’s supposed to be a fun night turns into a nightmare when they find Amy unconscious.

Jacob puts Amy in the recovery position, which saves her life. At the hospital, Tracy Barlow (Kate Ford) and Steve McDonald (Simon Gregson) believe that Jacob spiked Amy’s drink. The blood test results, later on, show that Amy has GHB in her system, which makes them more suspicious of Jacob. 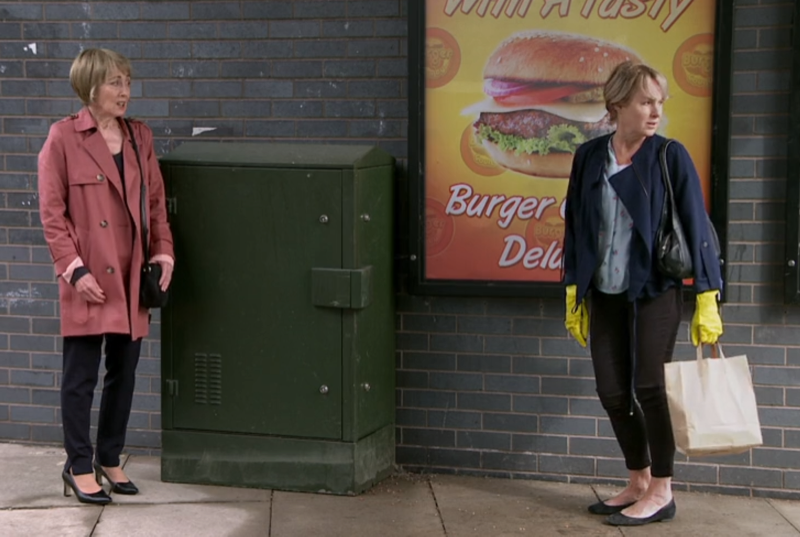 However, the latter will insist that she didn’t do anything and that someone may have spiked her drink at the school event earlier. As Jacob continues to deny spiking Amy’s drink, Steve warns him to stay away from her. Tensions arise and Steve will end up punching Jacob.

The Bold And The Beautiful (B&B) Spoilers: Sheila Gloats Over Her Success

Amy likes being with Jacob. However, the recent events will force her to rethink her relationship with him. Amy will try to warn Steve that she’s already an adult and can decide whether or not to see Jacob, which she wants to continue doing.

However, she’ll start to have second thoughts when she learns that Jacob got arrested for supplying fake IDs. Amy will realize the consequences of dating a man like Jacob so she’ll decide to break up with him, instead.

Days Of Our Lives (DOOL) Spoilers: Chad Pulled Into Outrageous Plot As Will, Sonny, And Leo Return To Salem