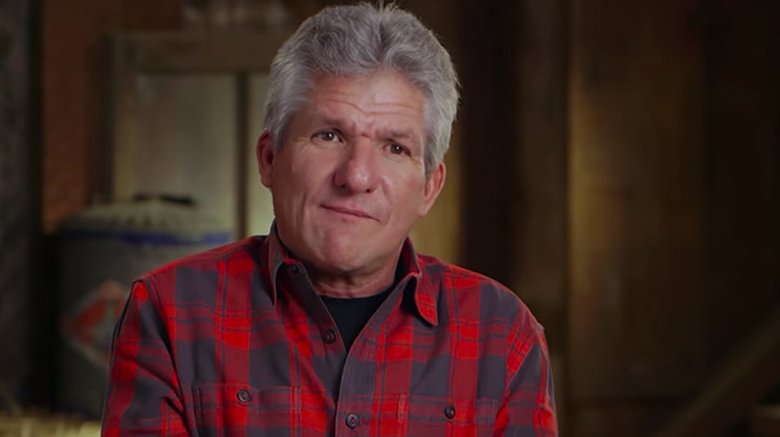 Little People, Big World (LPBW) fans waited for quite a long time before Matt Roloff shared a photo of his new grandchild, Mateo. So far, TLC fans saw that Isabel posted some, and so did her husband Jacob. Now, just days after Mateo turned one month old, the Little People, Big World patriarch shared a cute picture, but fans didn’t see the face of the little boy.

Over the years, Amy and Matt Roloff accumulated six grandchildren, and Matt adores each and every one of them. For some reason, Jacob and Isabel Roloff’s baby was hotly anticipated by fans. Despite leaving the show years ago, Jacob still seems very popular. And as fans got to know Isabel very well during the pregnancy, plenty of people visit Instagram hoping for a photo of their baby Mateo. Well, they do see photos, but the family carefully hides his face from the public.

LPBW fans heard from Isabel and Jacob that they plan to allow Mateo to make his own decision about his photos being posted on the internet. Rather than being afraid of creepazoids, she explained that they empower their child. On Instagram last week, she explained that Jacob had no choice, and they want their son to have choices in life. So, a lot of fans respect that, as does their grandpa Matt who really loves sharing pictures of the “grands.”

LPBW Fans Mostly Like The Cute Photo Of Matt And Mateo

Jacob and Isabel have a little teddy onesie, and they now show the whole of their baby wearing it. So, it looks like they have a teddy bear instead of a little human. Originally, they shared glimpses of his feet and hands. In his photo, Matt sat with his teddy bear grandson in his office. Still, the look on his grandpa’s face showed that he clearly adores this grandchild as well.

The LPBW patriarch captioned his post with, “Got to hang out with this little dreamboat today.. he looks like a bear.. but his name is Mateo. A big nod to his grandpa.” Then, Isabel told his fans in the comments, “He loves his grandpa!! ❤️🐻” Naturally, fans also commented on the first photo they ever saw of him with the latest addition to the family.

Matt Apologises As The Post Was Hijacked By Spammers

Fortunately, the LPBW star does check his posts for comments, and he later apologized. Matt found that plenty of spam had arrived on his post. So, he patiently reported, deleted, and blocked each and every one of them. Actually, spammers also target Isabel these days.

What do you think about the look on Matt Roloffs face as he held Mateo? Do you agree that he seems over the moon with the son of Isabel and Jacob Roloff? Sound off your thoughts in the comments below.