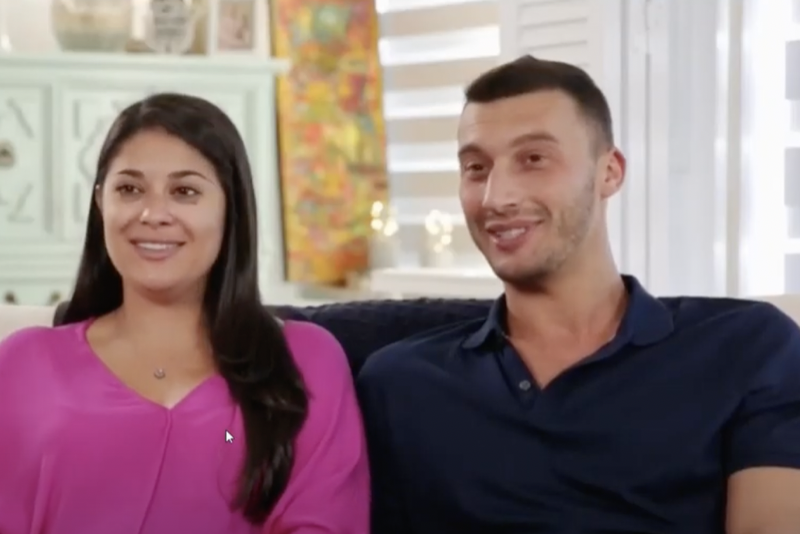 The 90 Day Fiance franchise on TLC expands with two new spinoff series. One of them brings  Loren and Alexei Brovarnik to After The 90 Days. Meanwhile, the other one features Annie and David Toborowsky. When Loren shared the teaser for their show on Instagram, fans immediately reacted to it.

Many fans really like Loren and Alexei who first appeared in Season 3 of the show. However, others don’t like them. Mainly, that seems to be because of their pro-Israel stance. Plus, back in Happily Ever After? fans hated that Alexei seemed quite argumentative. However, one thing they completely love about the couple is their son Shai. He often featured with them on Pillow Talk and even got his very first subtitle at a young age.

90 Day Fiance stars Loren and Alexei Brovarnik recently welcomed their second child, and he was in the NICU for a while. The news came back in August this year. Actually, in the teaser for their new show, fans saw that Loren worried about the arrival of Asher Noah. He arrived really early, and she was afraid that might happen. It seems that the new spinoff, After The 90 Days focuses on the arrival of their baby, quite a lot.

90 Day Fiance Stars In After The 90 Days Spinoff

UPI reported this week, that TLC issued a press release about Alexei and Loren Brovarnik, and David and Annie. It read in part: “Family is everything to us at TLC and David and Annie and Loren and Alexei are family who will tickle us with all the heart, humor and torment that comes with everyday family life!” Well, some scenes from the teaser reveal that folks might not be all that tickled pink by Alexei, something loyal fans fear.

90 Day Fiance star, Loren seems excited about After The 90 Days. However, fans worry that the show might edit it to make Alexei out to be a villain. Actually, the teaser showed him sounding uncaring when his mother-in-law got upset about them moving. Plus, he sounded way too happy about going home to Israel when Loren was pregnant.

90 Day Fiance fans of Loren and Alexei and Brovarnik took to the comments section. Here’s a small sample of what they said:

Omg I can’t wait. I just hope the producers don’t make you create a bunch of drama to make it “more exciting” because you and your family are amazing. We don’t need to see staged arguments and drama ❤️.

favorite…couple finally getting their own show 👏🥳. Love Loren and her family- can’t wait for this new spin-off show 💗.

Be sure to catch up on everything happening with the TLC 90 Day Fiance franchise right now. Come back here often for more After The 90 Days spoilers, news, and updates.