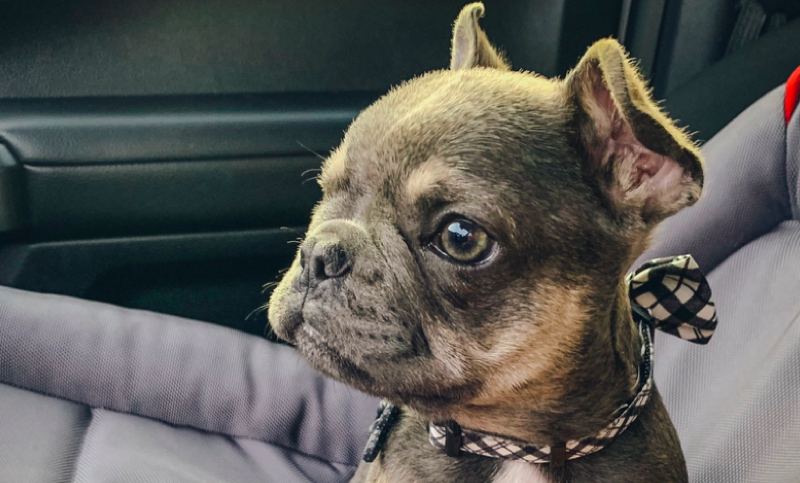 OutDaughtered spoilers revealed that Danielle Busby hated the idea of a dog in the home. When Adam brought home Beaux as a surprise gift, she was anything but happy. In fact, she became very grumpy about taking on another little thing to feed and care for. However, he soon won her over. Now, he’s very much the “little brother” in the family. Well, Christmas soon comes along and the Busby family is already busy celebrating it early. But, Beaux the dog seems very unimpressed with the whole thing. Why? Read on to find out.

OutDaughtered – Beaux The Little Brother In The Busby Family

Despite hating the idea of the cute little Frenchie in her home, these days, Danielle treats her pup well. Actually, he goes along when the kids get taken to school. Plus, he often plays around the pool where the family relaxes. Often, fans see he is very much part of the family and he plays with the quints. Once he fell sick, and Danielle took him to the vet. Then, she hovered over the poor pup like his very own real mommy. Certainly, he could live in a worse home. But this week, he possibly wished he did.

On Monday, the OutDaughtered mom took to her Instagram and posted up several photos of the family at the College Station in Texas. Of course, it’s the perfect place for Christmas. Danielle told her fans, “I know it’s early but it’s what our schedule allowed 😉☺️ Bring on all this Christmas! 🎄I love it so much! 💚♥️ ‘Merry early 🤪Texas Christmas Y’all.”  Fans know that she loves Christmas, decorations, and presents, and each year she puts up the stockings, Even little Beaux gets one. As the family gets into the spirit of the festive season, it looks like Beaux is included though he looks ungrateful. 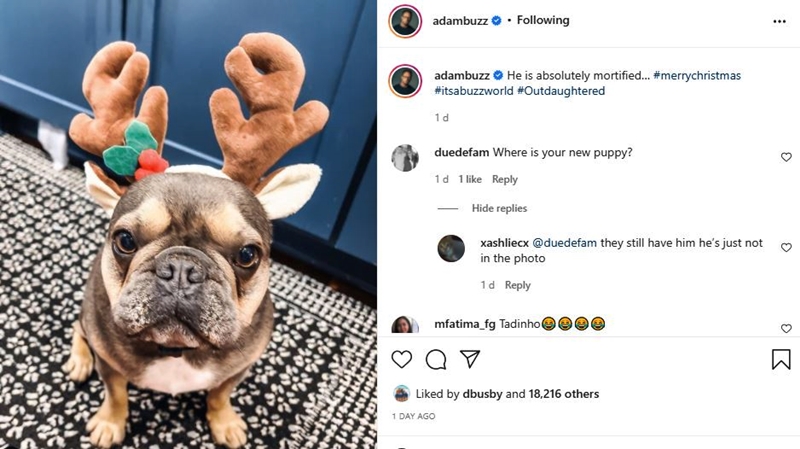 OutDaughtered fans took to the comments section and talked about poor Beaux. Here’s a small sample of what they said:

Look at Beaux all ready for Christmas 🎄 He’s a backup reindeer.

Haha that’s the face of a pup that’s ready to throw 😂.

On Tuesday, November 23, Adam took to his Instagram account and shared a photo of Beaux. He wrote in the caption, “He is absolutely mortified… #merrychristmas #itsabuzzworld #Outdaughtered.” Well, yes, that’s probably the only word that really fits the little pup. He sat looking irritated, grumpy, and embarrassed. The kids had put little antlers on his head. You can see from the picture below that he absolutely looked unimpressed with being part of the festivities.

What Do You Think Of Unhappy Beaux?

Do you agree that the OutDaughtered pup looks totally “mortified?” Can a dog truly express that sort of emotion? Sound off your thoughts in the comments below.