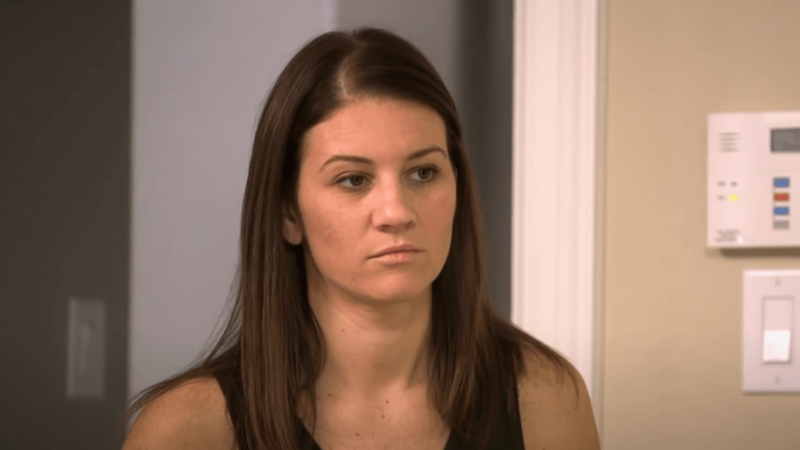 OutDaughtered mom Danielle Busby is more than a mom to the quints and their big sister Blayke. She’s also the mom of little Beaux dog the Frenchie and Gus The Teddy Bear, a Shih Tzu-Bichon Frise puppy. Well, Adam recently shared that Beaux looked unimpressed with life, and now poor little Gus seems terribly sad. So, what’s up with the furry friends in the family?

TLC fans saw that when Adam brought home Beaux dog, Danielle really lost her temper with him. It played out a few years ago now, and she felt he should have discussed it with her first. Anyway, it was a gift and she finally grudgingly agreed the Frenchie could stay. But first, the TLC star told Adam off as she already had her hands full with the five young quints and their sister Blayke. Soon, the pup won her heart, and nowadays she adores him. Well, the Frenchie looked a bit put out and unimpressed this year when the kids dressed him up for Christmas.

Now, the other pooch in the OutDaughtered family looks down, depressed, and just plain sad. In July, when Danielle and Blayke spotted Gus in a shop, Blayke really wanted to take the puppy home. Anyway, they discussed it and agreed they wouldn’t get another pooch at this time. Well, Danielle couldn’t resist Gus, so off she went and bought him. Firstly, she and Adam surprised the kids with the pup at Cheer Camp. Later, when Blayke returned from visiting her grandparents in Louisiana, she also got a big surprise when she met her new puppy. Nowadays, it seems like Danielle took over as the dog’s mom.

OutDaughtered Puppy Gus The Teddy Bear Is So Sad

Danielle Busby took to her Instagram on December 15 and declared that it was a special day for Gus. Mind you, he didn’t seem very excited about it. Up and about very early, he went off with mom. But the TLC mom said he really didn’t want to get out of the car. Unfortunately for Gus, he went to visit the veterinarian. She said that the pup really didn’t want to get out of the car. And who can blame him? After all, he went to get neutered. After that photo, Danielle showed that the kids enjoyed a Christmas party. When that was all over, she revealed Gus in the garden. She said, “My poor baby! Look how sad he looks.” 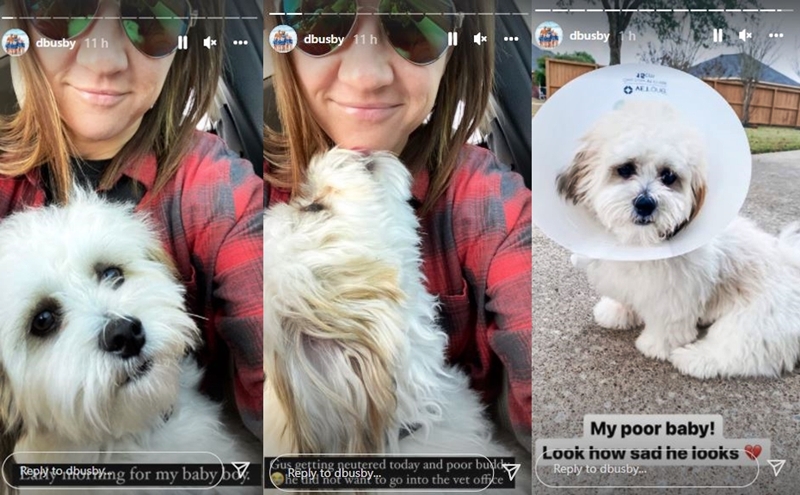 Of course, it shouldn’t take long for the OutDaughtered dog to get over the procedure. However, he might be a bit wary of his mom for a while. After all, if you ever took your pooch to the vet, you know how reproachful they can be. Just look at that unhappy little face! Vet Info tells owners of dogs, that neutered males “will usually recover within two to three days, but the incision area can remain sensitive for a week.” So, it will be a few more days yet before Gus feels up to playing with the quints.

Perhaps Gus Gets A Special Stocking This Christmas

OutDaughtered mom Danielle Busby always hangs up the Christmas stockings for the whole family. Plus, ever since Beaux arrived,  she adds a small one for him. This year will be the very first Christmas for Gus. Hopefully, she spoils him with special tasty treats on Christmas day.

Be sure to catch up on everything happening with The Busby family right now. Come back here often for more OutDaughtered spoilers, news, and updates.